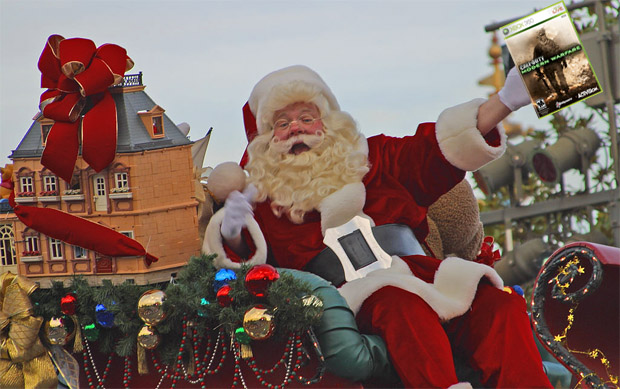 Despite a beaten down economy, computer and console games aren’t going anywhere. Or, at least that’s what the Entertainment Software Association (ESA) says.

Forty-two percent of American adults plan to give or are looking to get some kind of videogame this holiday season, according to a new report that the ESA just released. On top of that, according to the poll results, 52 percent of respondents believe that with the current economy, games are a good pick this season. It’s not all bad, they’re saying.

Holiday shoppers continue to choose computer and video games because they provide the gift of family entertainment at a great value. The survey showed that 54 percent of those who play computer and video games plan to play with a friend or family member during the holiday season. For about the cost for a family of four to go to a movie, a gift giver can find the perfect game that will amuse children and adults during the holidays and beyond.

I see where they’re going with this. Even still, the number of planned game gifts is up, and at its highest point since 2004. And it makes sense. There’s plenty of solid software on shelves right now, with a bit more coming before the holiday rush hits. I know I have several titles on my list. I wonder if Santa gifts import games.