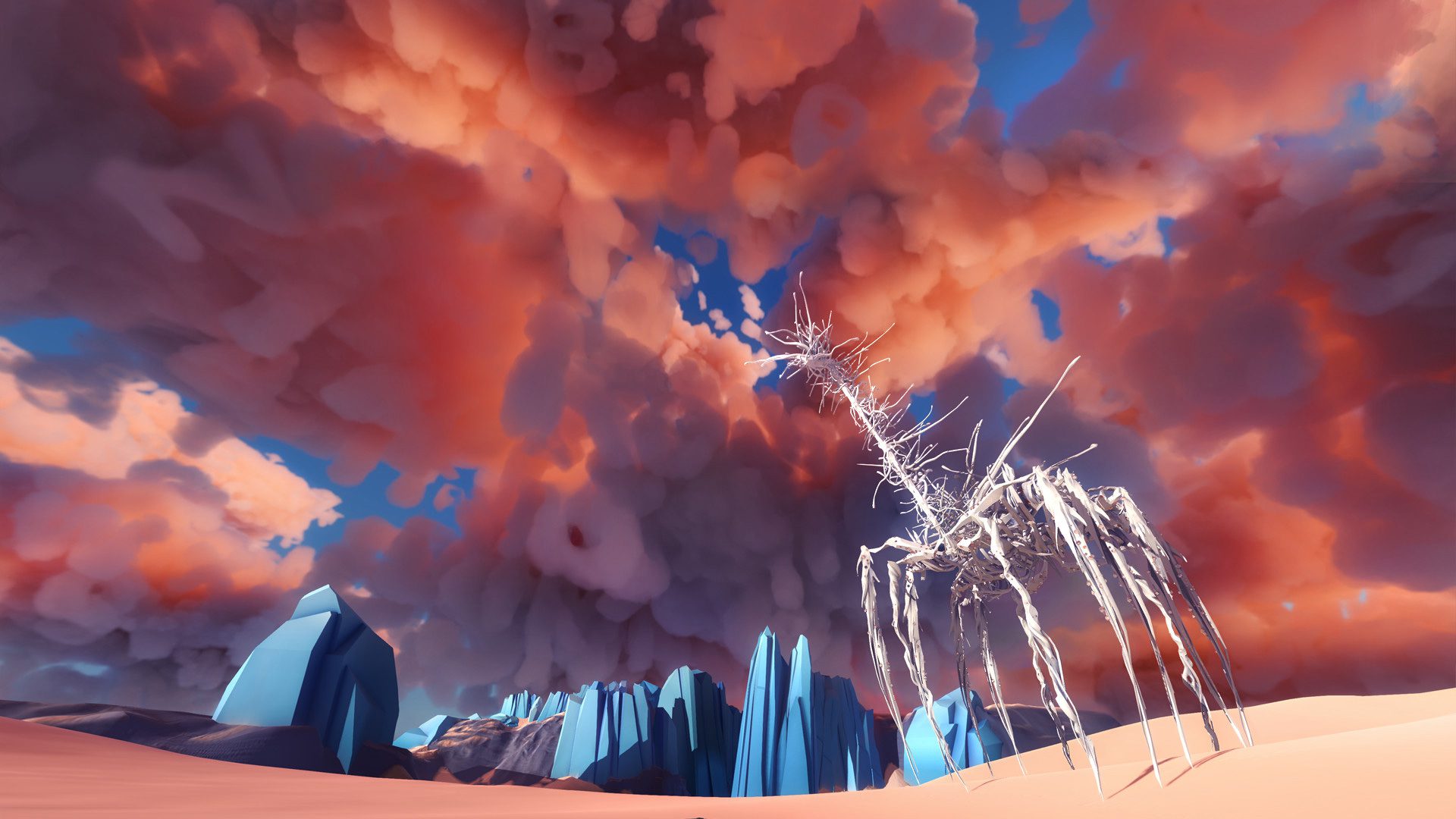 The peculiar PlayStation VR game Paper Beast is launching on Steam later this summer, and if you’re into the idea of studying fantastic wildlife in a strange land that you can physically reshape, you’re gonna want to check it out. It’s the imaginative work of Pixel Reef and Another World creator Eric Chahi.

At a glance, this might look like a sandbox-style god game about a surreal ecosystem – it can be, if that’s all you’re after – but there’s a main puzzle-solving adventure mode, too. You’ll need to figure out what makes these creatures tick and how they can inadvertently help you. It’s an exploration game.

The PC VR version of Paper Beast will have a few advancements over the original PSVR edition. Oculus Rift, Vive, and Valve Index players are getting “continuous move support, upgraded visuals, gameplay tweaks, an expanded sandbox mode,” and more animals, plants, and items, according to the developers.

“The initial reaction to the PlayStation 4 version by both the fans and the critics was beyond what we could have imagine,” said Eric Chahi. Did anyone else play From Dust? I’m glad to see him back at it.

Pixel Reef is also planning to release a demo of Paper Beast as part of Steam Game Fest: Summer Edition, a digital event with playable builds of upcoming games. It’s running from June 16–22, 2020.