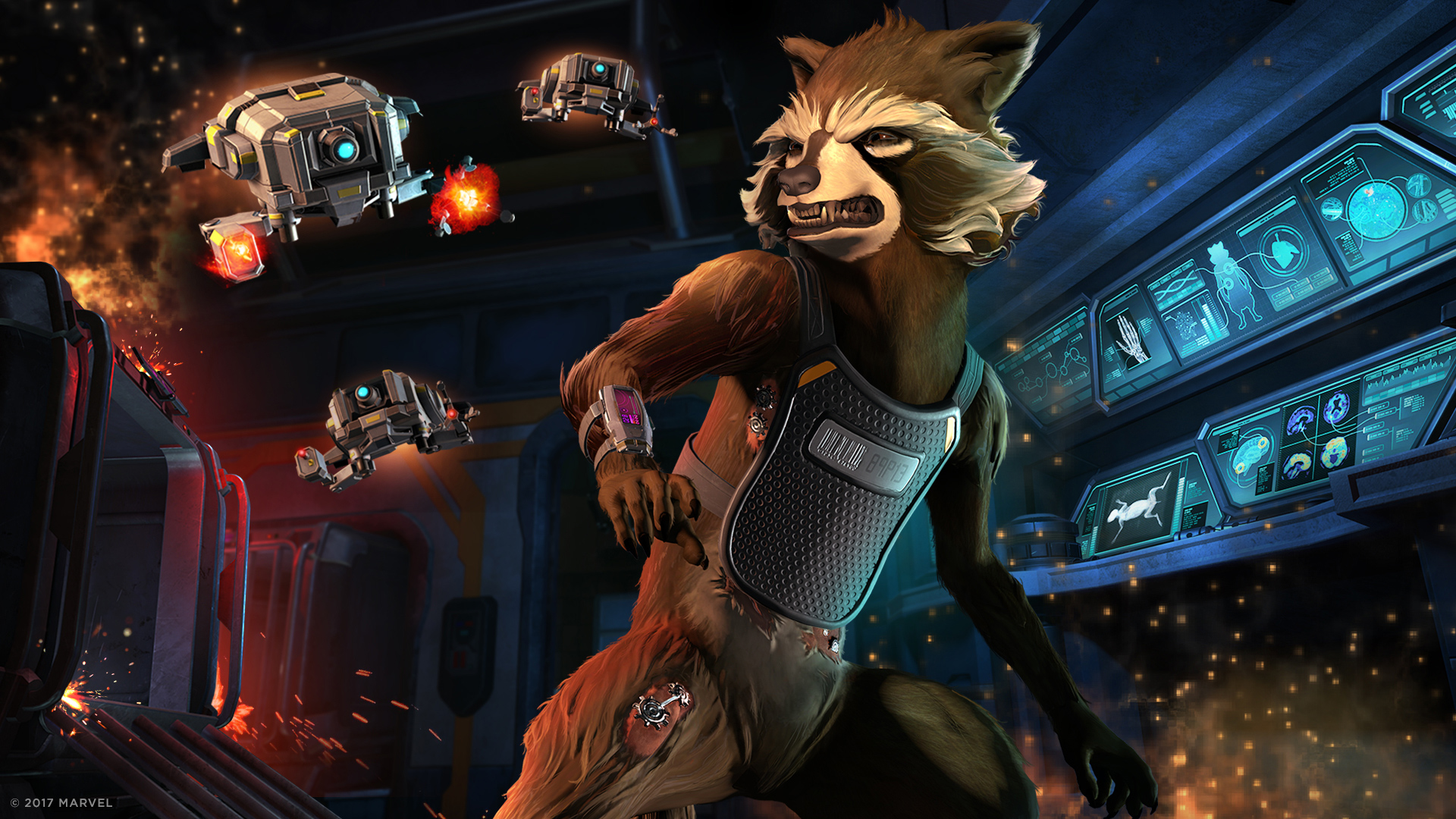 For the debut episode of Marvel’s Guardians of the Galaxy: The Telltale Series, the studio amusingly settled on the title Tangled Up in Blue. That song-based trend continues with episode two, Under Pressure, which is now set for a June 6 release on PC, Mac, PlayStation 4, Xbox One, iOS, and Android.

The second episode promises to dig into Rocket Raccoon’s past, hence that key art up there, and there’s also talk of the Guardians getting “help from dubious old friends and unwilling new allies.”

Are any of you playing this yet? I briefly considered it after seeing and really enjoying Vol. 2, but then I tumbled into a rabbit hole of weird Yondu images that I’ve yet to crawl back out of.