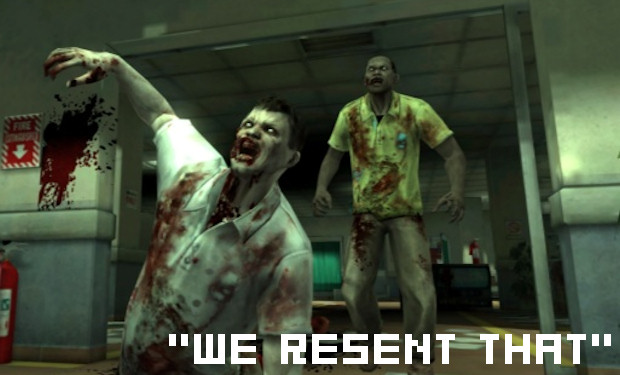 It’s been roughly three seconds since there was an “M-rated Wii game” debate on the Internet, so we better get this written quick and plug the gap! Epic’s Mark Rein has been chatting to IndustryGamers, where he reaffirmed Epic’s policy on ignoring the Wii, going so far as to accuse adult-oriented games of being “huge financial flops” on Nintendo’s white box o’ waggle.

“We don’t make games for that platform because we don’t see a market for the kinds of games we make — let’s be honest,” claims Rein. “[M-rated games have] been huge financial flops … It’s just not where the market is. Look at EA. Do you see the same Madden game on Wii? Of course not — it’s a dumbed down game.”

Rein believes that “it’s not worthwhile” to use Unreal technology on the Wii, but did concede that if Nintendo released a Wii 2 or Wii HD with “a couple more processors and a little more memory and better graphics,” that Epic would be on the case. Those cheeky graphics whores.

What do you think? Would it be worth Epic’s time to power Wii games with its technology, or do you agree with Mark that it’d be a waste of time for all concerned? To help you, I have provided a list of appropriate responses to this story, which you may feel free to copy & paste as replies. It’ll save time for all of us.

Hope you enjoy these pre-packed replies. We aim to make your commenting more convenient here on Destructoid.