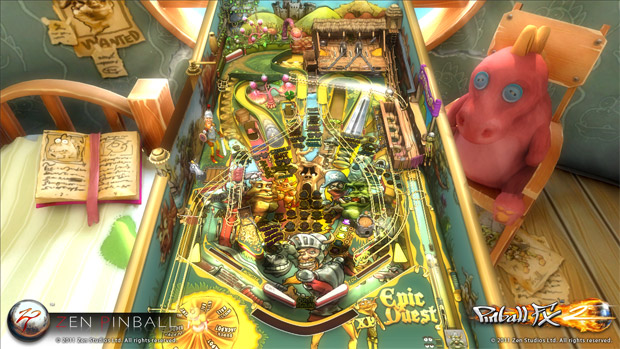 “Epic Quest” is next for Zen Studios, and it sounds effing awesome. It’s an add-on table coming to Pinball FX 2 (Xbox 360) and Zen Pinball (PlayStation 3, Android, and iOS) this February complete with persistent loot and experience points.

This is one of the few tables outside of those based on Marvel properties that genuinely interests me. Zen Studios VP of marketing and PR Mel Kirk sums it up: “With a wink and a nudge towards classic RPG tropes, Epic Quest blends frantic pinball action, obsessive character building, and liberally applied tongue-in-cheek humor.”

If for whatever reason you can’t watch the trailer, Zen has provided us with more than enough screenshots.