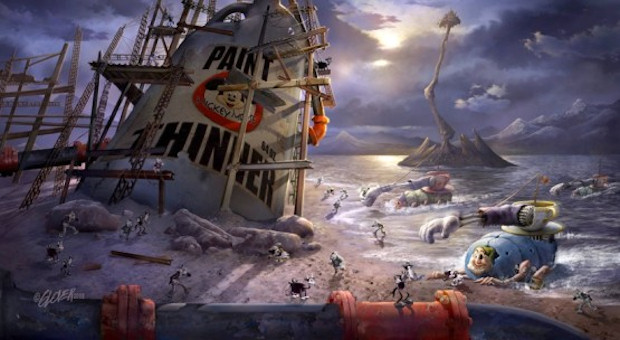 At one point in its development, Epic Mickey was being created for the three big platforms of this generation: the Xbox 360, PS3, and PC. A conversation with the Disney Interactive boss about porting the title to the Wii was all it took for the videogame to become an exclusive.

Talk about wild. Designer Warren Spector told the story in a recent interview with Official Nintendo Magazine (via 1UP), detailing a conversation with Graham Hopper on the day the exclusivity was decided by a simple question.

“It’s burned in my brain,” Spector said in the interview, “Graham Hopper [Disney Interactive boss] pulled me into my office one day and said ‘What does it take to deliver on the goals we have for this product?’ “

“And I said, well, you need enough time and enough money to be competitive. And it’d be awfully nice if we could focus on one platform.”

As told by Spector, Graham then asked what he thought about Epic Mickey becoming a Wii exclusive. As you can imagine, Spector like the idea: “… And I went, ‘Holy cow — yeah.’ ”

This makes you wonder what the game may have been before the platform switch in 2008. Would it have a chainsaws, cover systems, or radial menus? We guess there’s no point in doing this to ourselves  — this game is locked-in as a Wii exclusive for now.