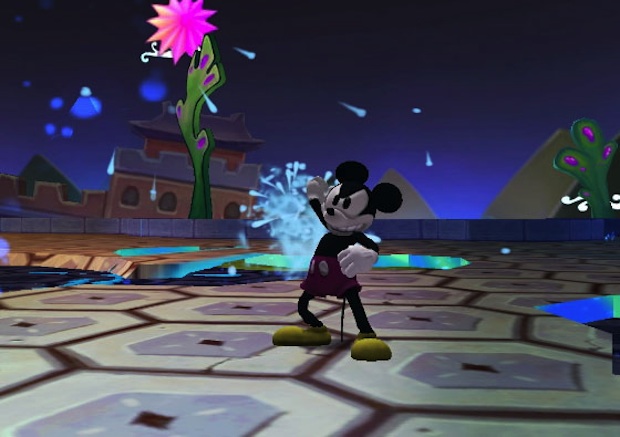 Wouldn’t that be Epic?

Right now, Warren Spector’s new baby, Epic Mickey, is a Wii-only title. It’s coming out on the Wii because the game requires motion-sensing tech for the controls. Or so says Spector. But now that the PS3 and Xbox 360 will have motion-sensing tech with the Move and Kinect additions, the game could come out for those consoles.

Spector told AtomicGamer: “Before Move and Kinect I probably would have said no, because the game is built around gesturing. Now, however, there’s no reason technologically why we couldn’t.”

“That decision is really above my pay grade, and no one’s asked me for a port. I’ve been a Nintendo fan a long time, and I’ve been pretty open about the fact that the Zelda games are some of my favorite of all time. So we’re a Wii exclusive and I’m happy about that.”

Here’s my thing, though: I’ve played Epic Mickey, and I totally could see a version that does not require waggle at all. Remember all those lovely Disney 2D classics? Those were delicious, much like Epic Mickey’s 2D sections are. Just make us a new sidescrolling game, man. It would sell!