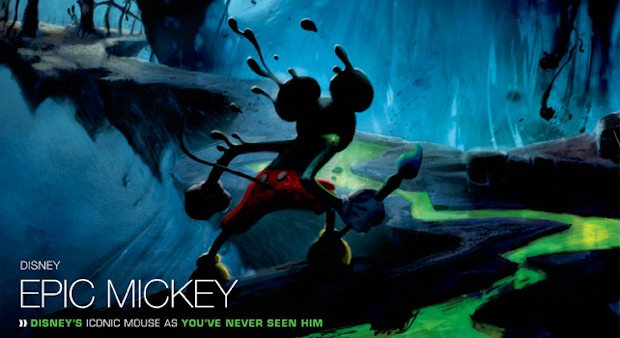 It’s time to get some Epic Mickey all up in your business, with a smattering of new details concerning Warren Spector’s highly anticipated Disney extravaganza. With the latest Game Informer soon to spill the beans on Mickey’s dark Wii outing, fresh intel has invariably been sniffed out, so strap yourselves in and get ready for the data blast.

Here is all the fresh news on Epic Mickey:

So … how frigging hot does that lot sound? Very hot, I will imagine. I love it when cartoon companies scour their libraries for obscure and forgotten characters, so it’s going to be great to see what surprises pop up in Epic Mickey. I think this is going to be something that old-school Disney fans will find absolutely brilliant. Cannot wait to see the new look for Mickey, too.

What do you think? Exciting or what?