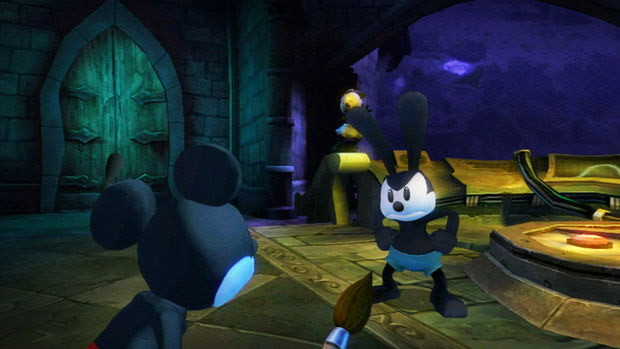 Talk of a sequel to Epic Mickey has been going around for what feels like quite a while — I was almost starting to get worried. This week, the game was shown off to media. We’ll have a full preview for Disney Epic Mickey 2: The Power of Two on Friday, but for now, The Associated Press has the first details.

Perhaps most importantly, Junction Point Studios has focused on improving the camera for Epic Mickey 2. In addition to giving the characters voices — including Oswald, a first for the rabbit — the team is making the game a musical. Yes, a musical! Can’t say I saw that one coming.

Expanding this to a wider audience with PlayStation 3 and Xbox 360 versions is good news, as is the sound of drop-in/drop-out cooperative play.

Filed under... #Disney#Disney Epic Mickey 2: The Power of Two#Disney Interactive