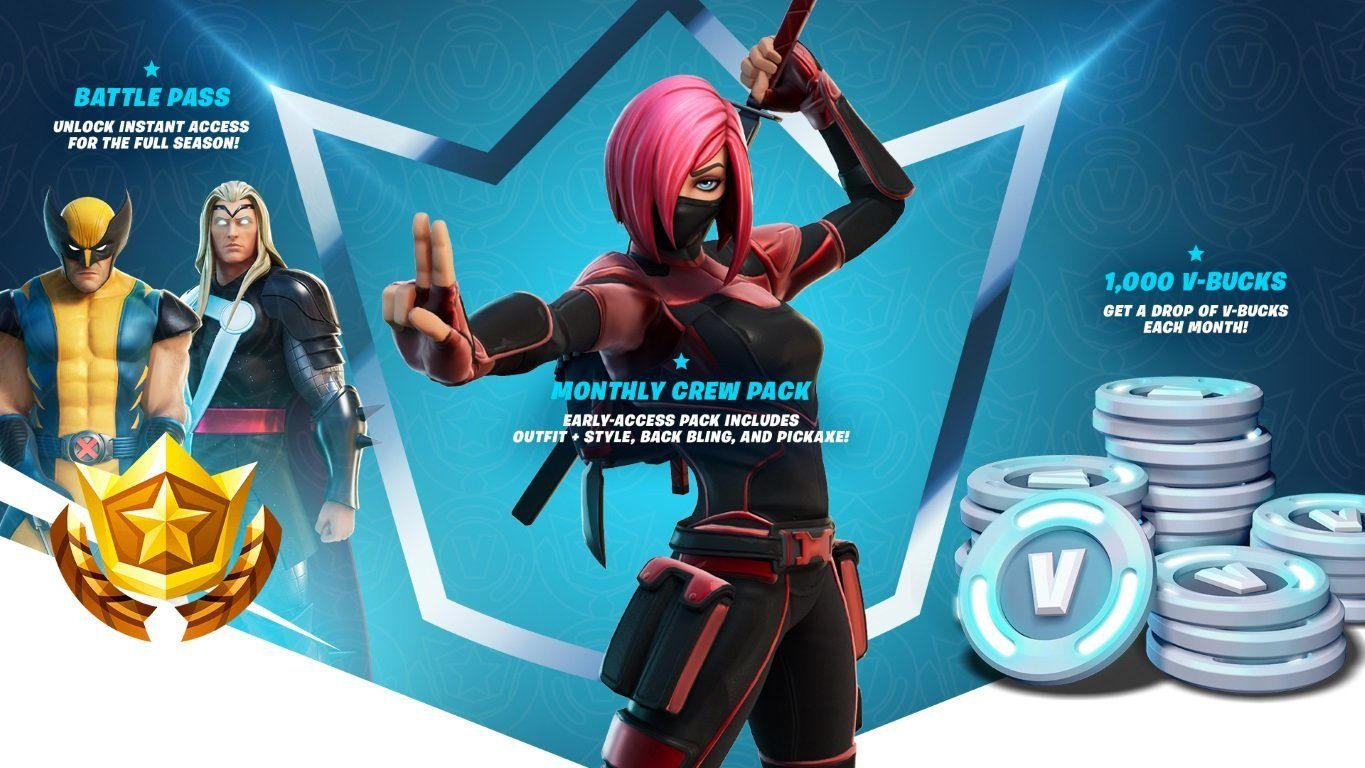 I can hear an audible scream from parental wallets

I still can’t believe that I witnessed Fortnite go from a game that was barely breaking headlines to a global phenomenon, but here we are. And I say this as someone who still actively plays Fortnite!

Epic Games doubled down on the popularity of the battle royale functionality of Fortnite (which is basically the game now) quickly, and it paid off. Now there are millions of fans worldwide and countless collaborations: from digital concerts, to Christopher Nolan film screenings, to Marvel crossovers. Oh, and it cleans up with a premium store as well as a battle pass that incentivizes players to chip into the economy regularly. Or monthly, if a new player survey comes to fruition?

Based on info from prolific Fortnite leaker FireMonkey, Epic sent out a survey recently that asks players if they would be interested in a monthly subscription service. Mind, this would  be on top of the battle pass, and could provide perks such as: discounts on V-Bucks (premium currency), exclusive content, early access to the battle pass (FOMO marketing strikes again!), and/or a monthly allowance of V-Bucks.

So what is the cost of this potential service? Well, it could be as high as $15.99, according to more questions on the survey. It’s a lot to take in. Epic didn’t get to where they are with Fortnite by resting on their laurels, and the time may have come to ramp up the game’s seemingly unsustainable growth.

Accessibility will be a big selling point for sure though, as Epic was quick to confirm next-gen upgrades: so Fortnite will live on through the next generation and beyond.