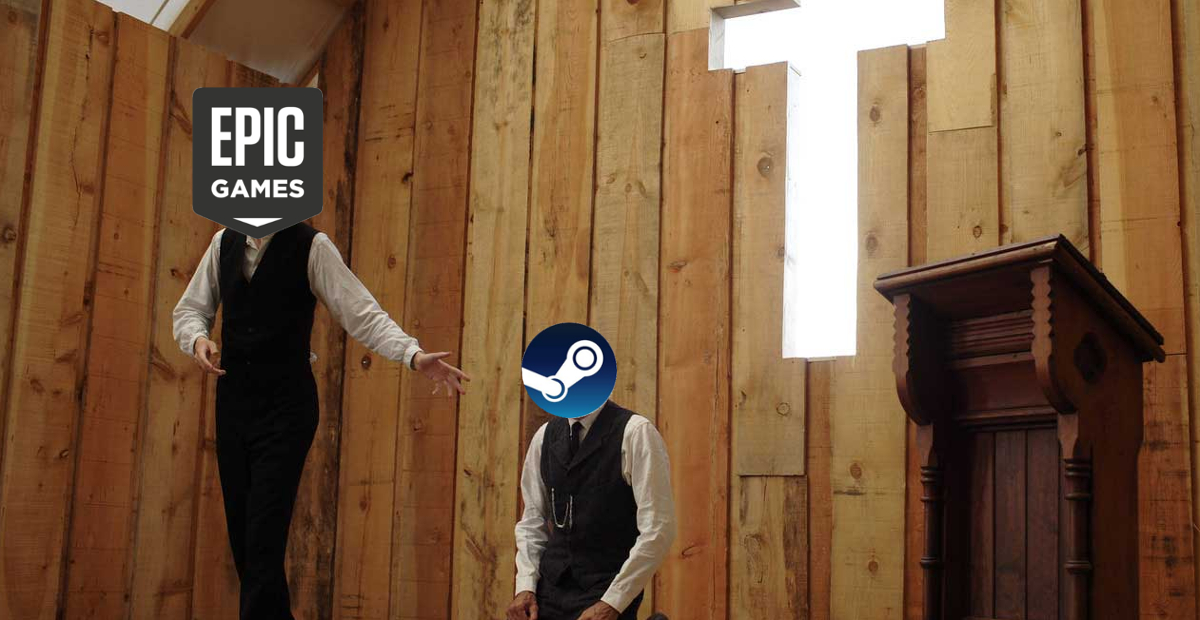 In a turn of events that has become increasingly common, another game company has announced that it plans to directly compete with Steam by starting its own storefront. Epic Games, developer of the wildly popular Fortnite and Unreal Tournament series, is the next on the block to try and chop down the digital behemoth that is Steam. Its plan to dent the platform’s gilded armor? Appease developers. That’s the best plan I’ve seen in a while.

Whereas Steam takes a 30 percent cut of the profits from games sold on its storefront, Epic plans to only take a 12 percent cut of the sale. In an interview with GamesIndustry.biz, Epic CEO Tim Sweeney claimed that through their distribution of Fortnite they learned the costs of distributing games and found that other storefronts were marking their costs up to 400% over what they should be. Based on Epic’s calculations, a 12% cut for the storefront was a profitable compromise that would be more enticing to developers. Even more enticing? How about waived fees for using the Unreal Engine?

Ever since the Unreal Engine was made widely available for game development, Epic has taken a 5% cut of the revenue for games that sold more than $3,000 per quarter that used the Unreal Engine 4’s development kit. To sweeten the pot for developers using the engine, Epic plans to waive said fee so long as the game is sold on its storefront.

There are goodies planned for consumers and post-production content creators as well. Throughout the entirety of 2019, Epic plans to give away a free game every two weeks. I’m not expecting these to be barn-burners but 26 free games is 26 free games. Hard to complain about that.

For content creators such as streamers and bloggers, there are also plans in place to “matchmake” creators with developers so there is a bit more in the way of kickback for creators who bring in more sales of the games they promote. Not many details were made public, but this could be a big incentive for creators to start using the storefront if it means more money in their pocket.

As if they are taking a page from Bethesda’s screwup, the Epic Games Store will launch with a “no questions asked” return policy for games that were purchased less than 14 days prior. The store plans to launch with manual refunds, with automated refunds to follow soon after.

So far it all sounds really great, at least on paper. I’m definitely not loving the trend of every Tom, Dick, and Harry developer getting their own storefront and launcher for PC games, but I do think Steam has gone unopposed for too long. Do I think this will be the storefront to sink Steam? No, not really. But with these policies and incentives in place, I think it’s going to rattle the foundations Steam has built up over the years.

The Epic Games Store is currently available through the company’s website and Epic will be on site for The Game Awards this week to announce more games that will soon be available on its store.