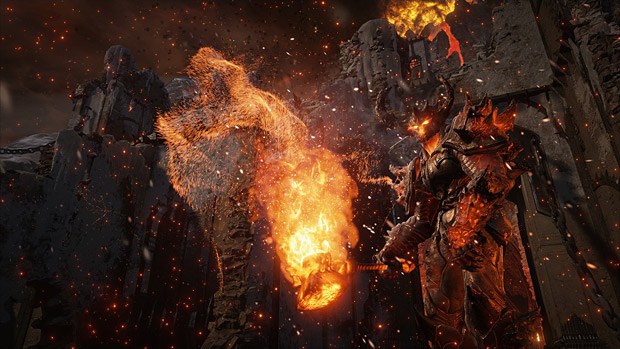 Last night on Spike’s GameTrailers TV, Epic Games showed off Unreal Engine 4, the next generation of its industry-standard game engine, for the first time. You can watch the impressive “Elemental” demo above, with its heavily armored knight that awakens in a mountainside castle once a long-dormant volcano erupts. According to Epic, the demo is running on a single currently available consumer-level graphics card, the Nvidia GeForce GTX 680.

If you’re wondering what’s so special about Unreal Engine 4, Epic has also released a ten-and-a-half-minute developer walkthrough of the demo with senior technical artist Alan Willard. He ran through some of the salient points with Kotaku:

Don’t expect to play games that look like this anytime soon, though. While the next Xbox and/or the next PlayStation may launch by the end of 2013, Epic expects developers to stick with Unreal Engine 3 for early games in the next console generation, and then use Unreal Engine 4 for their next projects. “It makes sense to just stay with [UE3], do higher-resolution textures, increase their polygon budget, increase the number of characters on screen and things like that,” said Willard.

After seeing this, we think the next generation can’t get here quickly enough.