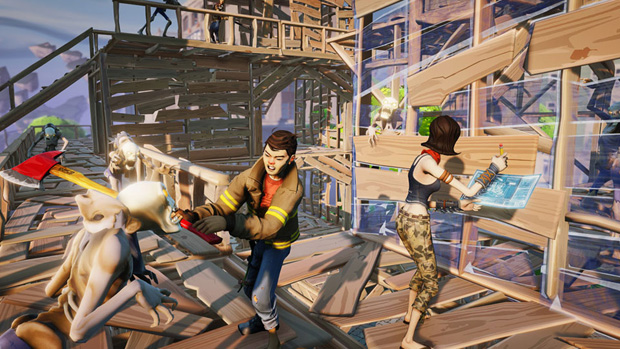 As far as “things I want Epic Games to release that aren’t Unreal Tournament” go, it’s pretty much just Fortnite at this point. The sandbox survival game “might be the best thing we’ve ever done,” according to studio co-founder Mark Rein, but the rest of us haven’t had much to go on, much to see. It’s frustrating. Now, Epic general manager Ray Davis tells Rock, Paper, Shotgun Fortnite “has evolved.” So that’s the holdup, then? They can’t stop iterating?

“I would say it has evolved,” he told RPS. “Like all game development, it’s a long, long road and lots of things are discovered along the way. With Fortnite, the way I look at it is we think there’s a big opportunity, and the last thing you want to do is rush something before it’s really found its core.

“The team’s been working really hard. I think they’ve made some tremendous progress. Hopefully we’ll be able to talk about it more soon. I can say that it’s a tremendous amount of fun to playtest.”

One day we’ll hear about Epic’s work beyond what it’s doing with Unreal Engine 4. One day.