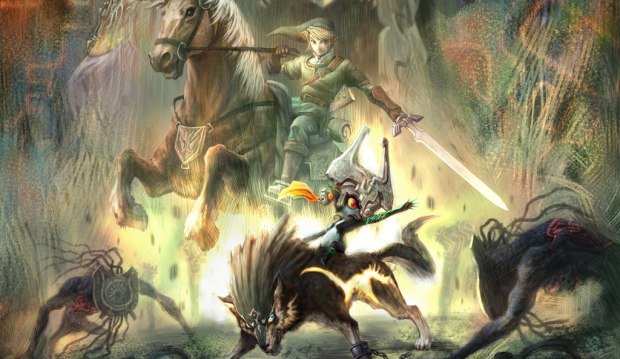 This past Friday I moved offices and finally got the chance to hang up my Zelda history poster that I got from Club Nintendo. Instantly one of my co-workers started humming the Zelda theme, and it basically went around the office like a virus. I tell this story to illustrate how iconic the music behind the Zelda games is, and hopefully emphasize how cool it is to be able to download the entire Twilight Princess soundtrack for free over at Zelda Informer. That’s 183 tracks taken straight from the game and its trailers.

The site, which talks way too much about Zelda for any sane individual, has just opened up their music section and is planning on putting up the soundtracks for every Zelda game at two week intervals. Next on the list is Ocarina of Time and then A Link to the Past. I’m definitely looking forward to Ocarina as it had some of the best music in the series. I’m also hoping that in the very near future they put everything in a single downloadable file, because it sucks individually.

And just to stir up the comments: Twilight Princess is a good game. Stop hating.

Update: You can download it in one big pack now. Have fun!

Filed under... #Soundtrack#The Legend of Zelda