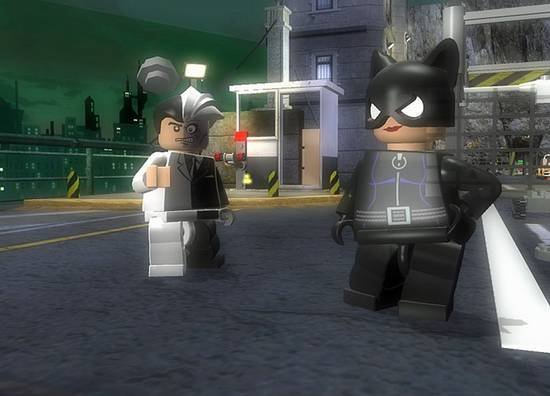 In the fact sheet Warner Bros. Interactive Entertainment sent our way, the first bullet point listed under “Attributes” for Two-Face is “Homicidal maniac.” With that said, it’s a pleasure to welcome him to the LEGO Batman: The Videogame universe; truly, there aren’t enough homicidal maniac LEGOs.

Former district attorney Harvey Dent will be joining a slew of LEGO-ized Batman characters when the game ships this fall — Mr. Freeze, Joker, The Penguin, Robin, Catwoman … you get the picture. Like with the popular LEGO Star Wars, developer Traveller’s Tales looks like they’re going to toss in everything but the kitchen sink in terms of recognizable characters (18 heroes, 18 villains).

Oh, and there will be fun involved. Like LEGO Star Wars. But with Batman characters. Right.