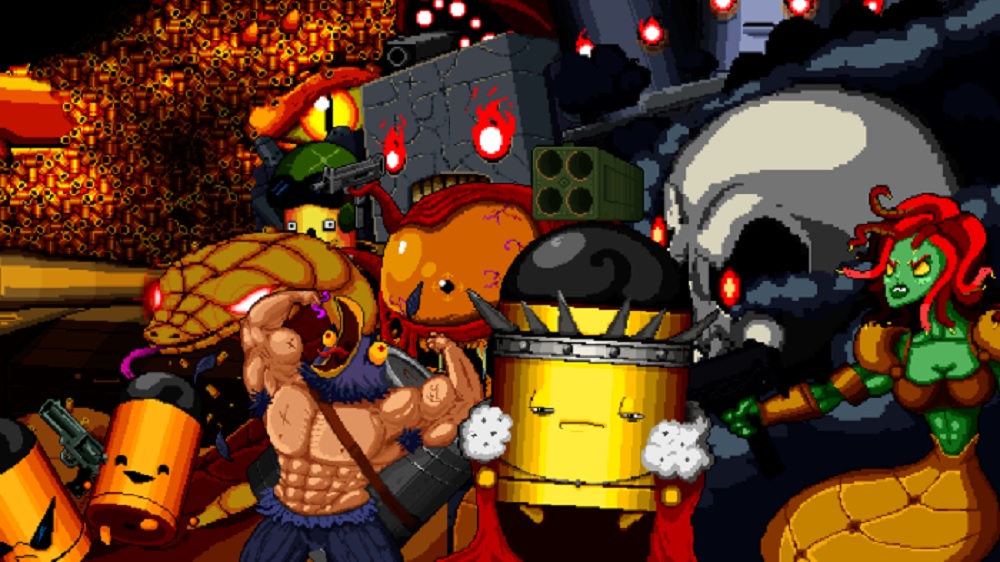 Developer Dodge Roll has announced that the next update for Enter the Gungeon will be the final update to the game. After releasing the “Advanced Gungeons and Draguns” update, there were plans to create another paid expansion, but development has become too difficult to justify continued work.

In a post on Reddit, the developer explained, “Working on Gungeon, in particular, the last year of development, has become very taxing…Putting any new piece of content in the game has become a chore of navigating years-old code and ensuring that no combination of items (etc) breaks it…The wear on our team was so strong that we discussed canceling AG&D multiple times during its development, or taking a year off after its release. This is partly why AG&D took as long as it did.”

With that said, Dodge Roll is now focusing on providing one final update for Gungeon that will cap off the five-year development cycle the studio has embarked on. This last update will be free and include around 20 new guns, a brand new character with randomized stats and will address longstanding bugs within the game code.

As for what comes next, Dodge Roll is teasing that its next project will be far more ambitious than Gungeon. “We believe we have finally decided on a new game to spend the next few years of our lives on. It is at an incredibly, incredibly early stage, so we can’t say much but the designs are coming together,” reads the post. “In many ways, it is a more ambitious idea than Gungeon. As mentioned above, we have learned so many lessons from Gungeon, and we are doing our best to put them to work, and hope to avoid the problems detailed above with our next game.”

While sad to hear, it is completely understandable why Dodge Roll wants to move on from Enter the Gungeon. I can’t imagine going back to such dated code and constantly worrying about any new updates breaking old mechanics. Hopefully, the skill the team has gained from working on Gungeon will ensure its next game is more future proofed for bigger updates.

Once more into the Breach – An update on Gungeon, the update, and Dodge Roll. [Reddit]