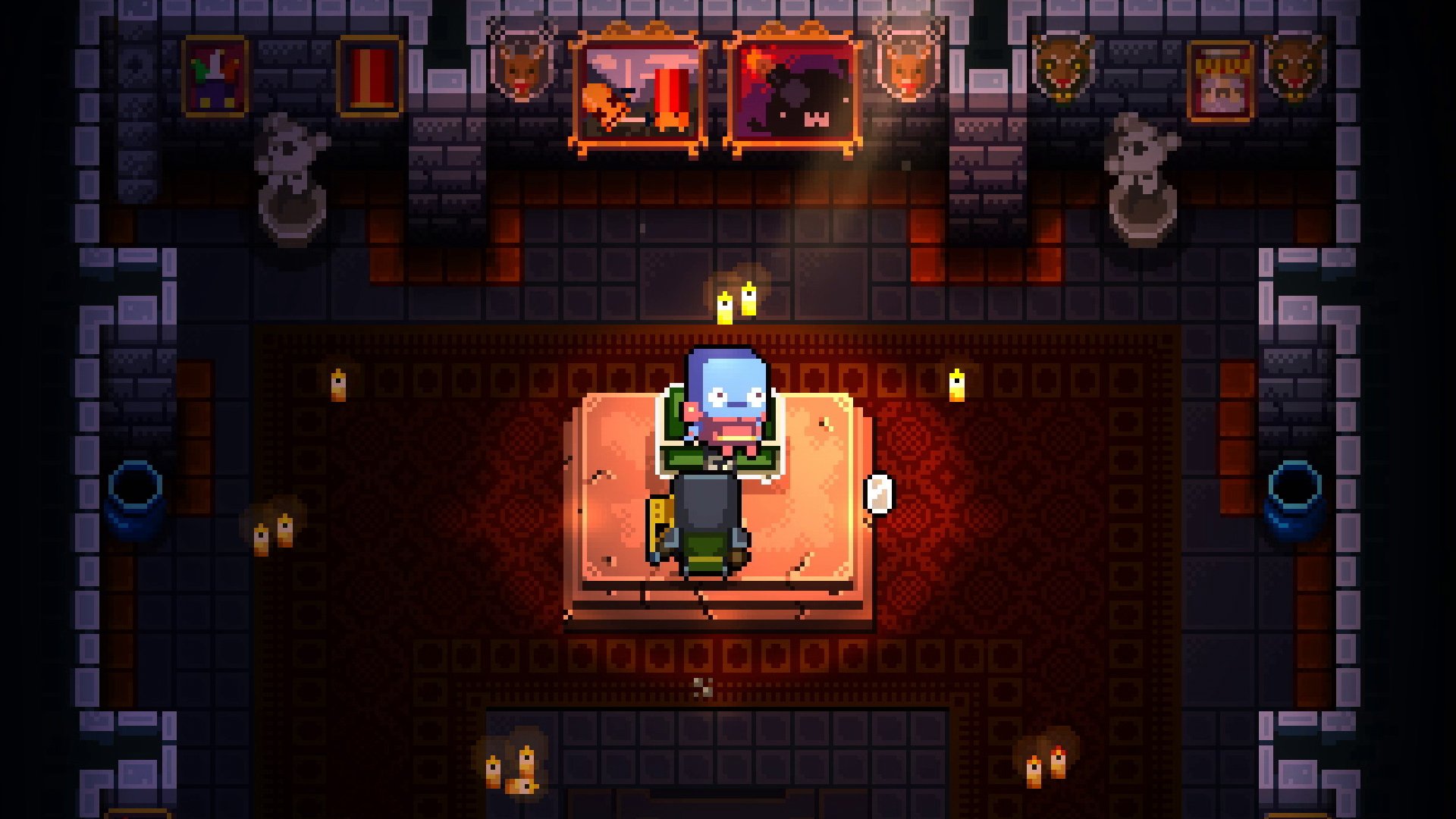 It’s been a hell of a run

Dodge Roll is moving on from Enter the Gungeon after finding more success than the team “ever dreamed to imagine,” but first, we’re getting one last free update. A Farewell to Arms is coming April 5.

The Enter the Gungeon saga comes to a conclusion after three years and 2.5 million copies sold with the free A Farewell to Arms update on April 5! pic.twitter.com/2ARPq5diaH

The original idea was to have a new randomized playable character (The Paradox), but the scope of the update has since grown to be more in line with the Supply Drop update. There’s actually two new characters, plus a secret floor with a ridiculous boss, a new enemy variant, and Rainbow Mode, a modifier in which every floor gives out a Rainbow chest (with your choice of one gun or item) but on the condition that you can’t acquire any other items on the run outside of pick-ups and Master Rounds.

“After gathering community feedback we did a substantial rebalance pass that buffs several of the less interesting low-tier items, some drastically changing their function, and evens out the Red chest tier of loot to be more consistently good,” said designer Dave Crooks. “This is in keeping with the philosophy of our last update, which was to make the player feel ‘more powerful, more often’ and we predict that loot quality will be more consistent run-to-run with these changes.” Expect performance improvements, too.

It’s sure to be a nice sendoff, and I look forward to seeing what these folks work on next. Thinking about all they must’ve learned from making and supporting Enter the Gungeon, I’m beyond stoked.

Enter the Gungeon: A Farewell to Arms Just Might Kill the Past on April 5 [PlayStation Blog]

Filed under... #Enter the Gungeon#roguelike#Switch#Updates