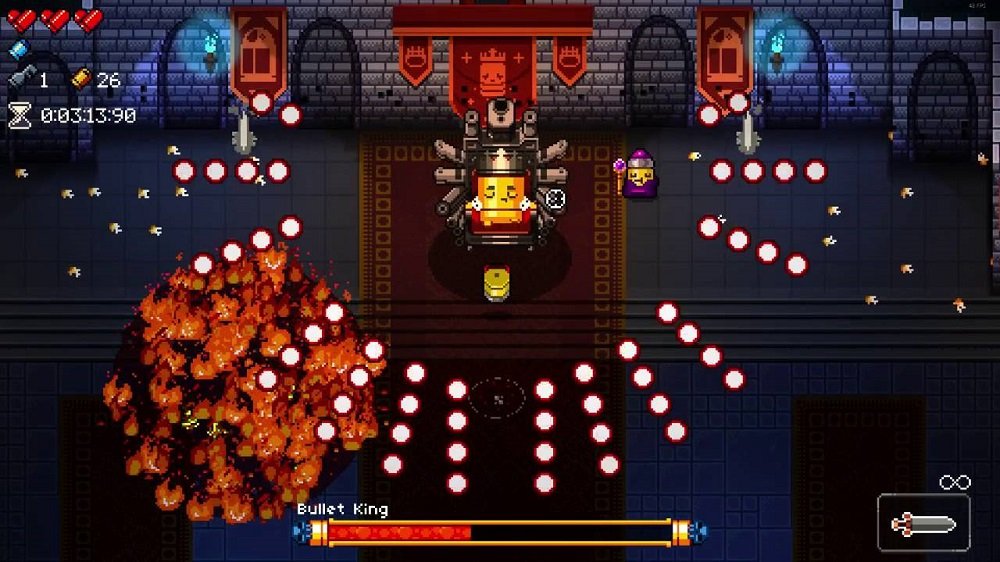 Devolver Digital has bestowed North America a physical release on the Nintendo Switch edition of Enter the Gungeon, Dodge Roll’s high-intensity arcade adventure that took the indie scene by storm back in 2016.

For those of you who haven’t had the chance to check out this cute-but-violent roguelike, Enter the Gungeon tasks one or two players with making their way through procedurally-generated dungeons, taking out enemies and dodging a myriad of hazards. Featuring great pixel graphics, an awesome soundtrack and fast-paced gameplay, Enter the Gungeon keeps players coming back to tackle it’s pretty unforgiving, but addictive, challenges. 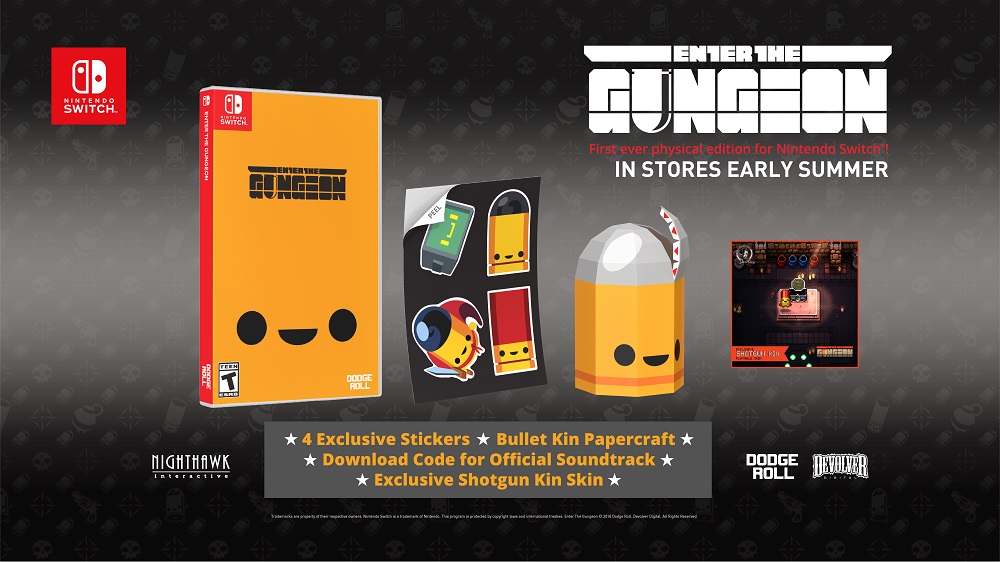 The Switch physical release also includes a few neat bonuses. These include a sheet of stickers, reversible sleeve, a papercraft version of bad guy Bullet Kin, an exclusive skin and, best of all, a digital copy of Doseone’s fantastic soundtrack. The physical release contains the original game along with all DLC to date and is available in North America now, priced around $30.

Enter the Gungeon is available now on PS4, PC, Xbox One and Nintendo Switch.