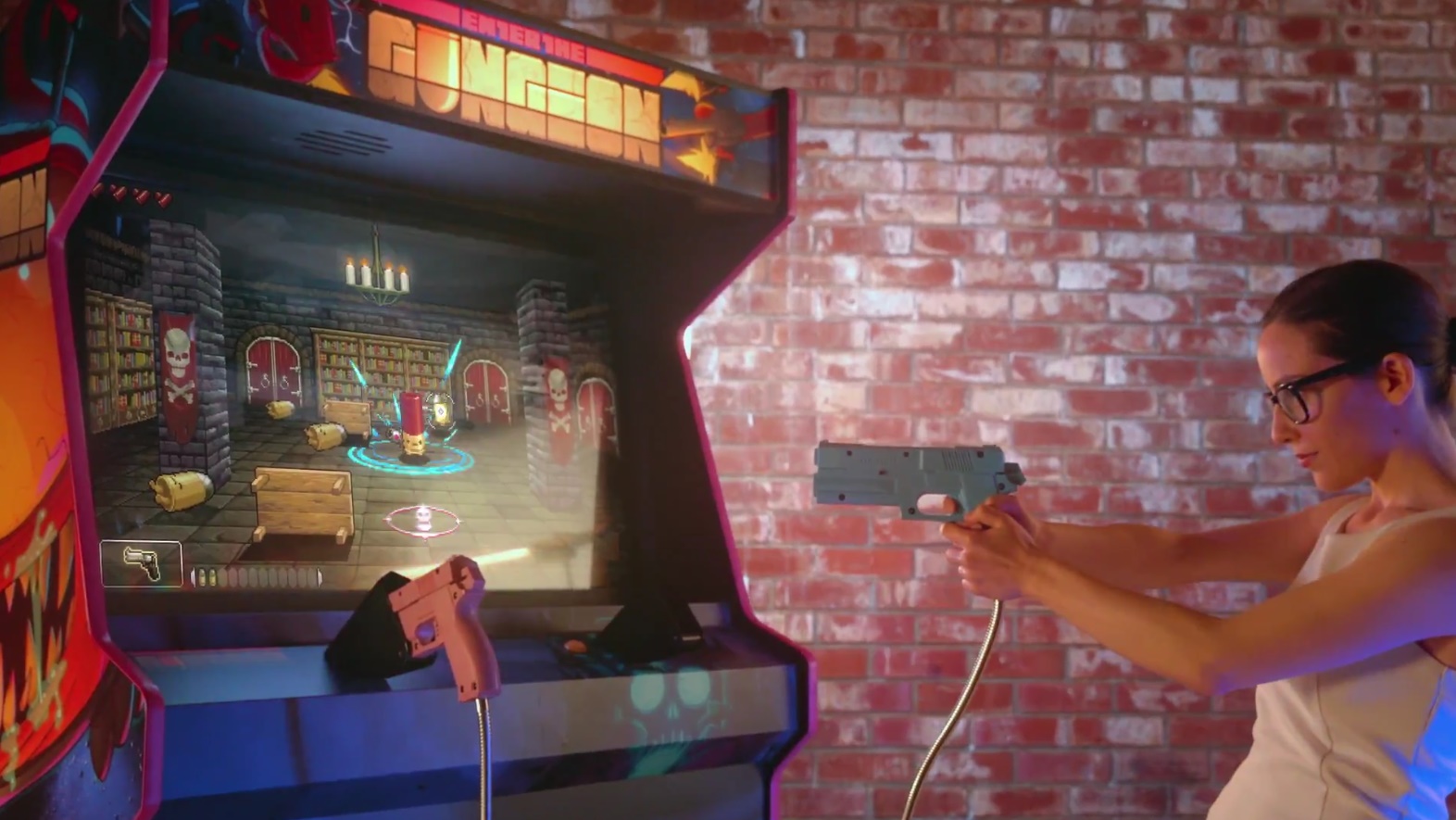 Okay so this is actually one of the most wild announcements out of E3 yet.

Devolver has been stepping up its E3 game, giving us a few indie announcements peppered into its mindscrew E3 “conference” video with cynical executives, time travel, and Cthulian beasts. But this reveal is kind of kick ass. Enter the Gungeon: House of the Gundead! It’s described as “an original two-player light gun arcade game in which players crawl alone or with a fellow Gungeoneer floor by floor blasting your way down through the army of the Gundead.” Griffin Aerotech and Dodge Roll are developing it.

We don’t have concrete location information yet, but the description does note “local arcades” (so not just tradeshows during special occasions) and it has a timeframe of 2020. Cabinet pre-orders are live on the official site and they’re priced at $4999.99.