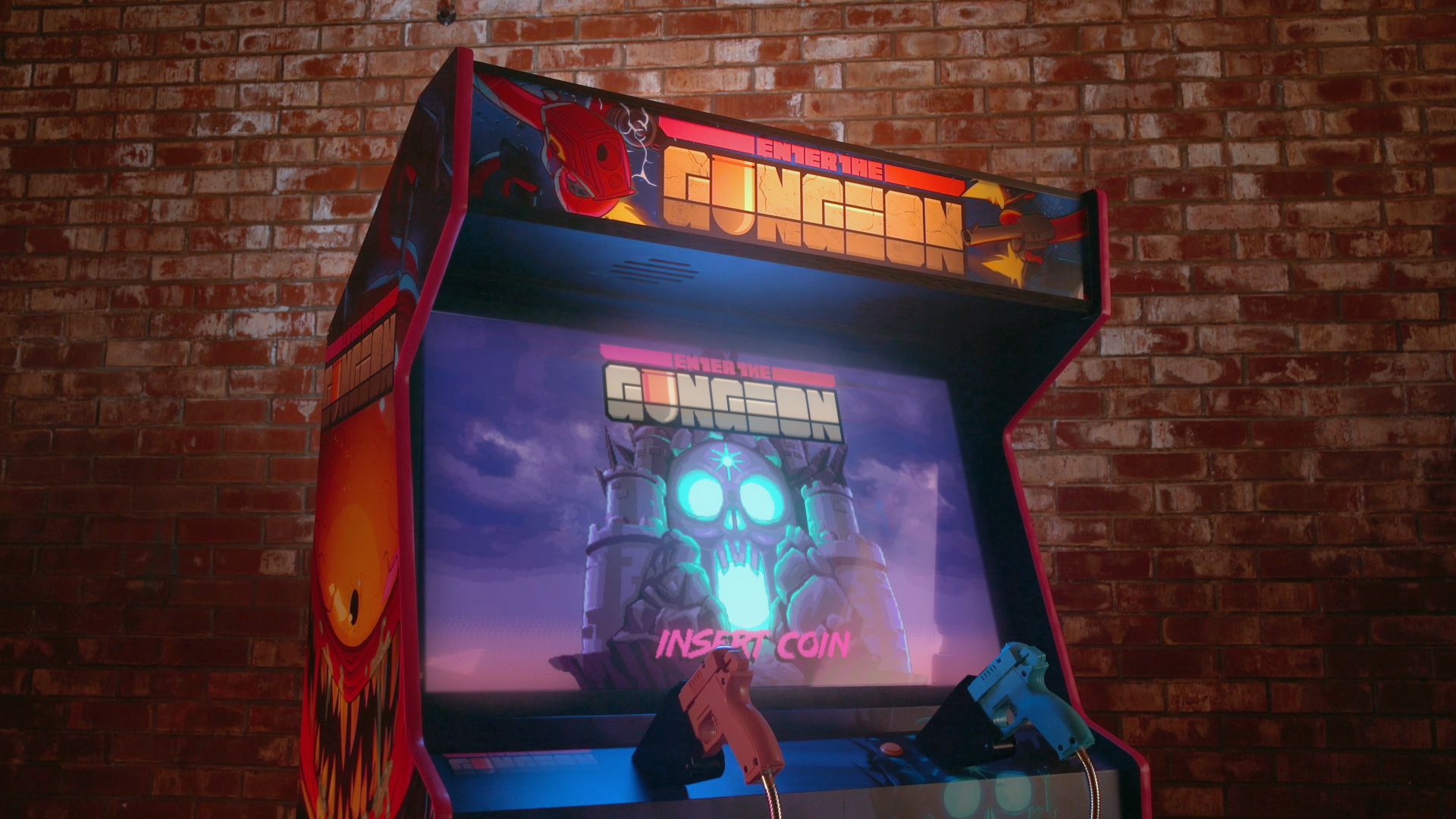 Get your quarters ready

Are we about to witness a new renaissance in arcade games? Enter the Gungeon: House of the Gundead is taking a huge risk and following in the footsteps of games like Killer Queen, launching into the physical world of arcade cabinets before it ever makes it to consoles. Jonathan Holmes and I got a chance to play together on the floor at PAX East and surprisingly didn’t do too awful!

Instead of a top-down view of the gungeon, you’re playing in first-person and shooting your way into various rooms of your choosing. Occasionally, you can warp back to the main room, picking up chests with new guns along the way, and eventually unlocking the boss room. The bosses and enemies are still ridiculous and fun as they are in the original Enter the Gungeon, and the dodge element is still present as well, making the game a little more dynamic than a normal shooter.

I’m a little curious to see how the game does — given that it comes with a hefty cost of $4,999 (which is about average for an arcade cabinet of this caliber) coupled with the wilting arcade industry.

Although we couldn’t confirm it, I’m sure after its initial launch, House of the Gundead will make its way to consoles, but for the time being you can hopefully play it in your local arcade this year!