While I’ve personally gushed over it a few times, Destructoid hasn’t done a proper preview for New Blood Interactive’s Amid Evil. To give you a quick rundown, think a modern take on Heretic and you’ll be pretty close to what the game is trying to achieve. This is an arcane inspired first-person shooter that has fast and furious combat mixed with oddball enemy designs and medieval-like architecture. Much like its inspiration, this is a very different beast from shooters currently releasing on the market (which are mostly either sci-fi or military).

It’s got a lot of cool weapons that do not fit into the mold of expected FPS firearms. My favorite has to be the crystal mace, which shoots out a bunch of shards in a short radius to nail enemies to walls. You also have a staff that fires out bolts of blue energy in rapid succession, a sword that conjures beams when swung, and some kind of tree branch thing that launches planets as explosions. You read that correctly: you destroy planets to defeat your enemies. Talk about overkill.

The title was released into early-access last March and has been receiving a steady string of updates since then. Unlike other classic shooters that had a three-episode structure, Amid Evil promised seven episodes for players to dig into. It’s quite a lot of content, but each one has proven to be wholly unique and full of surprises. I’m not sure if I can say this for certain, but episode seven may just be the cream of the crop. 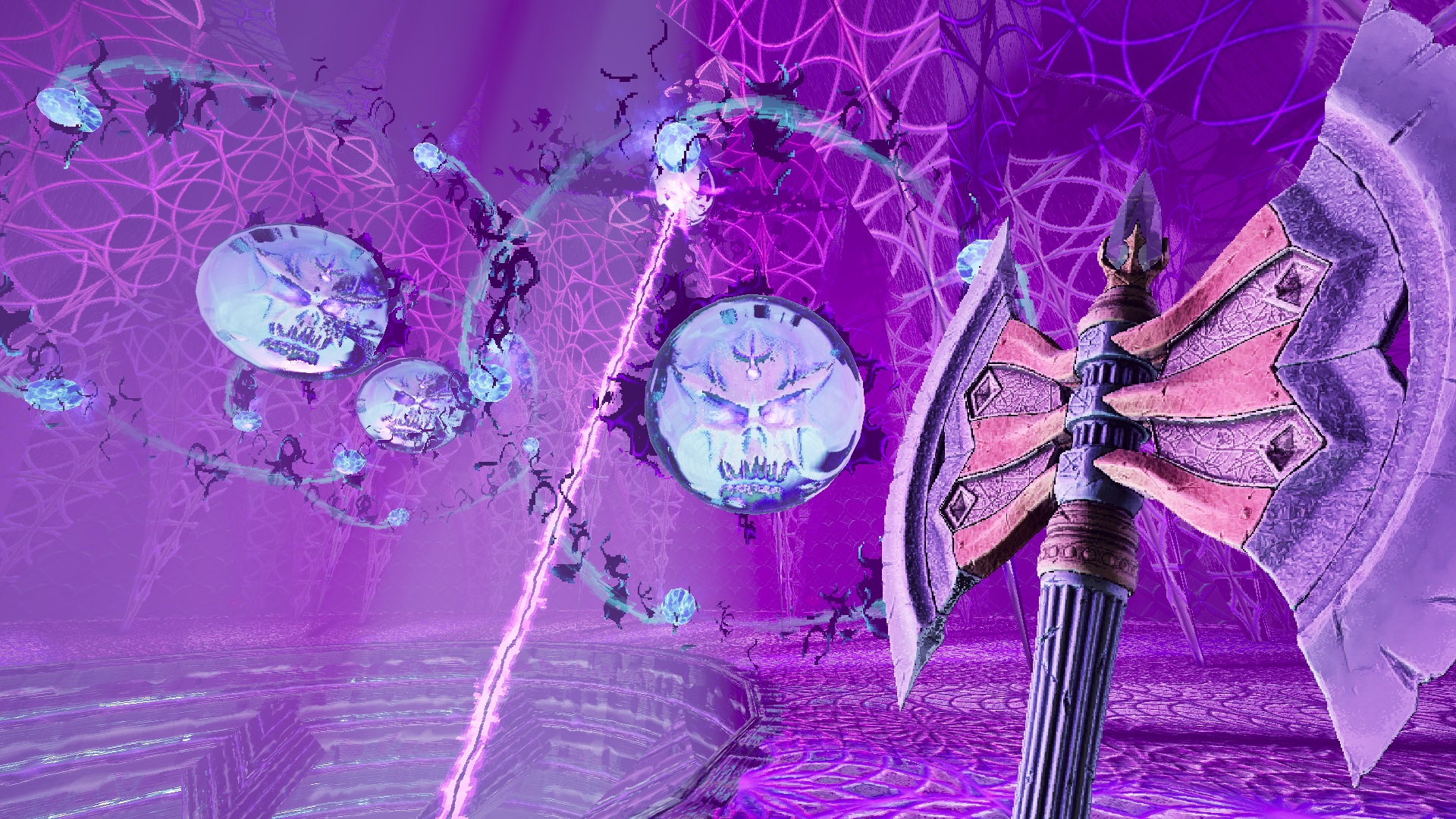 Called “The Void,” the finale to this arcane shooter takes place in a realm of abstractism. As such, the level design does not conform to the standards of conventional wisdom. Platforms appear as you walk in a direction, slopes bend around at will, and staircases are placed in a manner that would make MC Escher blush. It’s hard to properly explain just what is going on, but it’s even more difficult to comprehend what you’re doing.

Somehow, it all makes sense as you’re playing. This is still a linear shooter, after all, so making a mental note of where you’ve been will aid you in finding the proper keys and doors you need to jump through. What helps is that each room has a different color scheme, even if it’s a more pronounced color on a rainbow spectrum. With that, you’re able to remember where you’ve been, even if your mind cannot understand the structures set before you.

I was very surprised by just how much platforming was involved here. While a few areas will lead to fatal drops, conveniently placed portals typically mitigate the frustration of a misaligned jump or an improperly gauged distance. First-person titles and platforming typically don’t gel, but Amid Evil has figured out a nice medium. 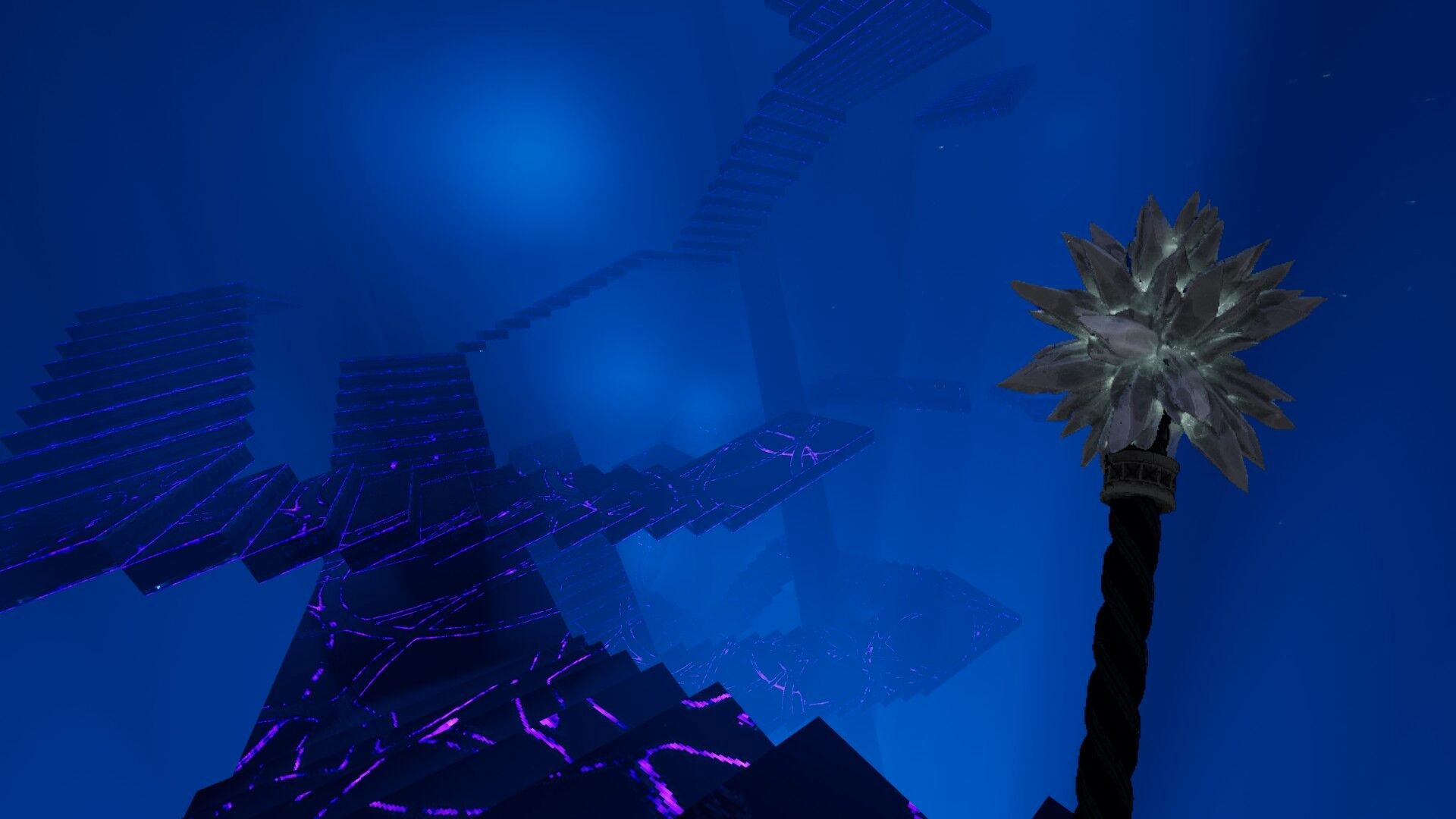 That mantra could also apply to the enemy design. You’ll be staring down floating orbs, ghost-like figures, ghastly wizards, and some odd looking cross-shaped drone. It’s difficult to figure out proper descriptors because even your opposition doesn’t fit into conventional archetypes. This is really a wild trip.

While I was playing through the demo available, New Blood’s Dave Oshry kept commenting, “This is wild.” He hasn’t yet played the final episode, so he had no idea what was happening. From a spectator standpoint, it probably looks confusing as hell. The theme of abstractism is taken to its fullest extreme. I can’t say I’ve played many shooters with levels that feel this intense. 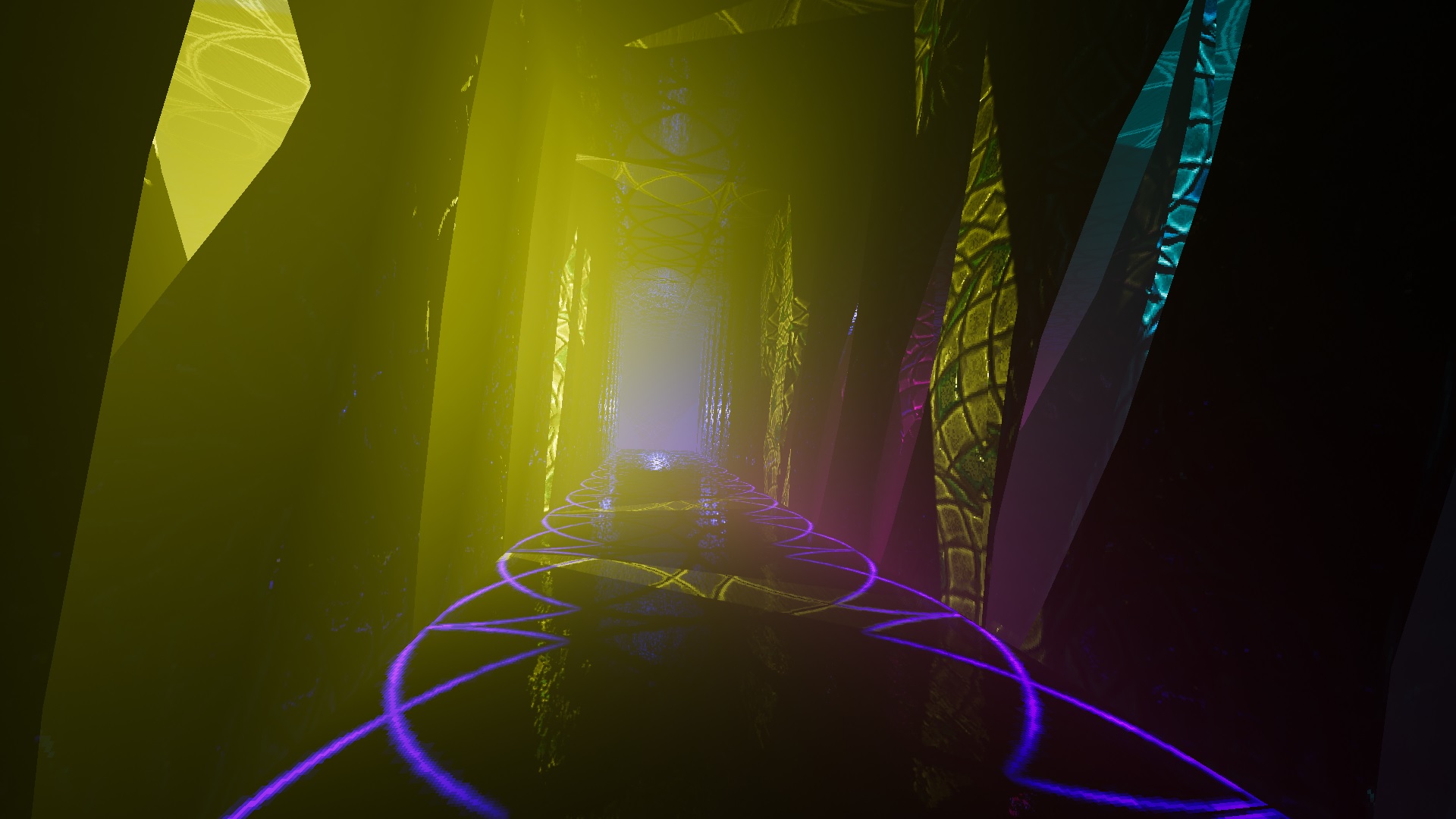 It could end up being a bit much, but I was very impressed with what I played. I’ve been holding off digging too much into Amid Evil since I want a completely fresh view when it launches, but I’m glad I sat down to try this out. It’s incredible how the very humble first episode has progressed to this batshit insane finale.

There’s no release date just yet, but Oshry told me it could be ready by the summer. The Switch version may not make 2019, but I have no doubt that that version will be fine. DUSK was running on Switch on the PAX floor and that felt great, so Amid Evil will likely be good too.

If you’d like to find out more, you can head over to Amid Evil’s steam page.