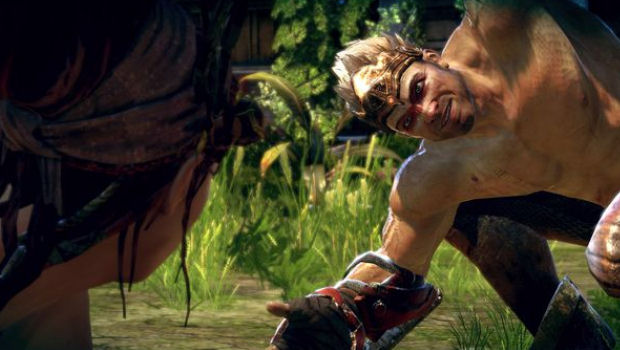 Ninja Theory’s Tameem Antoniades has stated that a sequel for Enslaved is not in production, even though it “should” have been. Seemingly quite unhappy that last year’s excellent game sold poorly, he has revealed that the studio’s expansion plans were ruined by consumer apathy.

“Enslaved should have done better,” he declared to Edge magazine. “Right now, we should have been doing a sequel and perfecting that sequel and doing what franchises do, which is get better over time. Because that didn’t happen, we’ve not expanded to two teams like we intended to. So we’ve remained a smaller shop.

“But now we get another chance with DmC.”

DmC is the controversial new entry in the Devil May Cry series, which is the biggest opportunity Ninja Theory’s ever had. I really hope it goes well for the team, because Ninja Theory is a passionate studio with a boatload of talent and some terrific narrative ideas. They’ve been unfairly unlucky until now, and I’m pretty saddened that Enslaved may die with one underachieving game to its name.