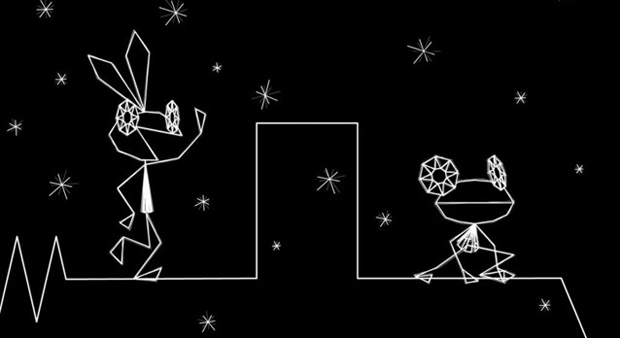 Releasing in North America, at last

There was an out-of-nowhere nod to Vib-Ribbon at Sony’s E3 press conference this year, and then nothing. No follow-up announcement. That wasn’t very nice at all.

But everything will be better, soon enough: the cult PlayStation rhythm game is coming to PlayStation Network in the United States, Canada, Latin America, and Japan this week, with a European release planned for next week. Pricing is unknown, but it will be playable on PlayStation 3 (with support for level creation by way of your CDs) and PS Vita.

“[W]e’re still working on a way to make it available on PS4,” writes president and CEO of Sony Computer Entertainment America Shawn Layden.

I think Brittany already has or is about to explode from happiness. Also, Jonathan Holmes told me to link to the soundtrack, so here you go.