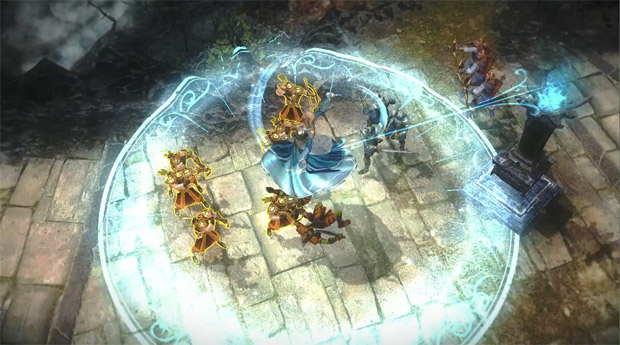 This trailer offers Monolith Productions’ first real look at Guardians of Middle-earth, a fusion of The Lord of the Rings with multiplayer online battle arenas. It’s headed exclusively to consoles via PlayStation Network and Xbox Live Arcade later this year, and certainly looks the part.

It’s slower than I was expecting, which isn’t necessarily a bad thing, and possibly not even indicative of how real-world matches will go down. It is only a single trailer, after all. Since Monolith is concentrating on console development, I’m hopeful they can make it work for those of us who are interesting in MOBAs leaving the realm of PC gaming.