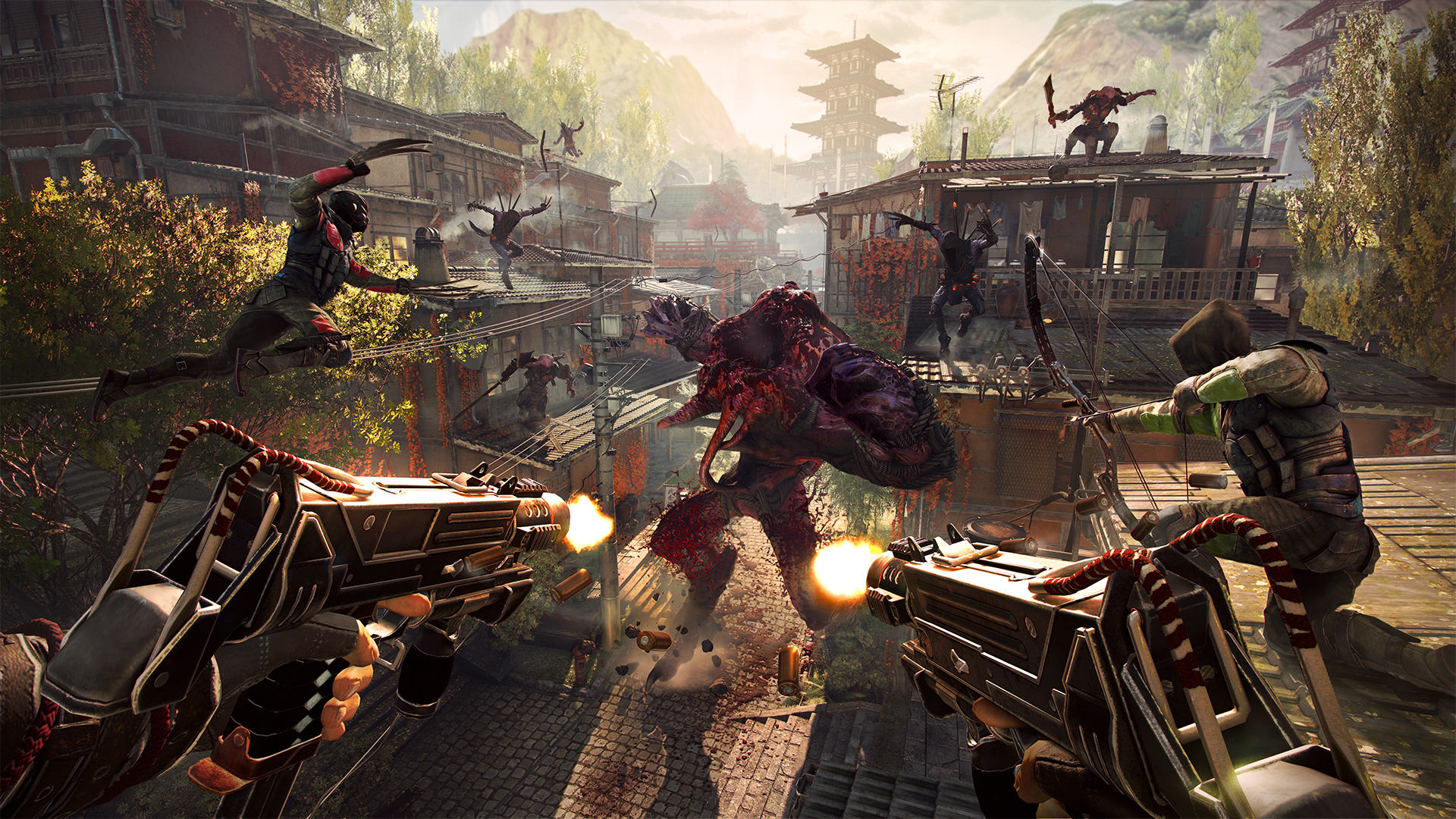 With all of the stops to carefully pan the camera, you know this is an E3 demo, but the upgraded lighting in Shadow Warrior 2 does look nice. Demons aside, I’d like to retire here.

Lo Wang spouts a bunch of cheesy lines, as expected. A guy says “ransacked,” which is a word that isn’t used nearly enough in the 21st century. There’s even some stealth at six minutes in.

Between the co-op and far more open-ended levels, this should be another fun one.