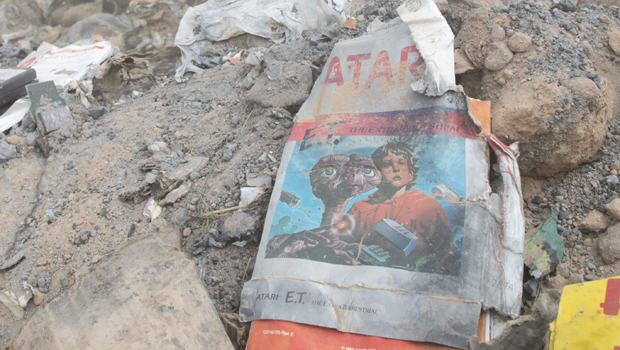 One man’s trash is another man’s history

As you may have heard, one of gaming’s great urban legends was confirmed over the weekend. Atari did, in fact, dump a large quantity of retail copies of E.T. – The Extra-Terrestrial (and other games) in a New Mexico landfill and — almost as strange — a whole bunch of people actually went and checked to make sure they were there. Here we have footage from Xbox Entertainment Studios, who were on hand to record the event for a documentary currently in production.

I never needed to know if this story were true. The story alone was good enough, perhaps made better by that bit of uncertainty which gives room for the legend to grow a bit with exaggeration. And yet, it’s always nice to have hard evidence of what happens when companies indulge in overconfidence.