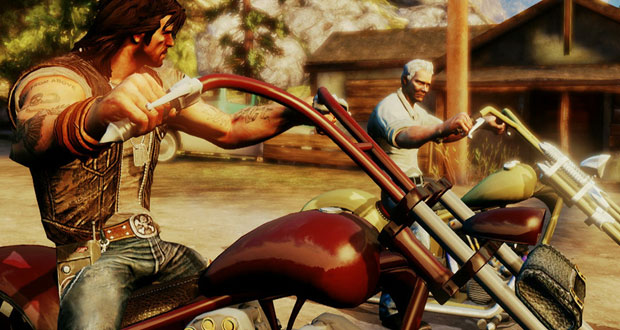 Those character models could use some polishing

After the first few trailers for Ride to Hell: Retribution, I have to say I was not really impressed. I can dig the overall biker aesthetic, but the low resolution textures and flimsy character models make the game look like it’s already reserving it’s spot in the bargain bin.

However, this new trailer has given me a different perspective. While it’s lack of visual polish was the first thing I noticed, I failed to appreciate the grindhouse movie aesthetic that the developers were trying to create for their story. It may turn out that we have another House of the Dead: Overkill or Wet on our hands here; a game that nails the tone and feeling of a b-movie with an enjoyable game underneath.

Ride to Hell: Retribution will be dropping June 25 for North America and June 28 for all other territories.