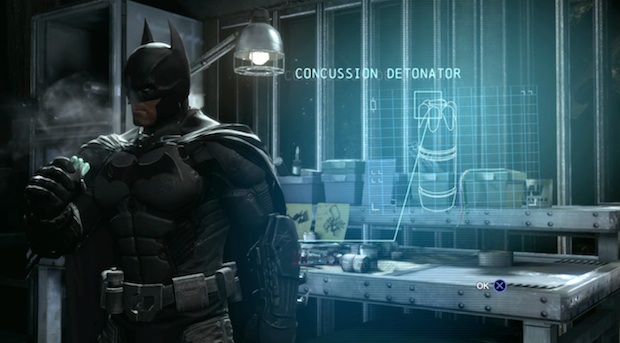 Want the jump on Batman: Arkham Origins ahead of its launch this week? Watch this video, which gives you 17 minutes of hot Bat action, courtesy of game producer Ben Mattis and director Michael McIntire.

It’s a nice long look, but understand that as they’re taking on a game mission, it could be considered a spoiler. I wouldn’t sweat it, but if you’re one that likes to go into a game fresh, take note.

Batman: Arkham Origins lands in stores this Friday, October 25, on just about everything: PS3, PC, Xbox 360, and Wii U.