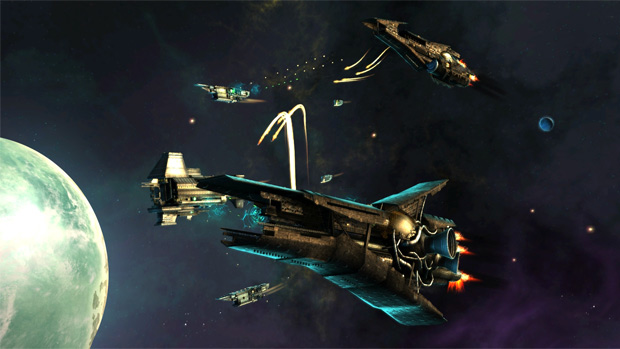 Endless Space appeared as a pre-order item on Steam’s front page the other day, and having “space” in the title means I immediately click on it. From the looks of it, it should appear familiar enough to fans of 4X space strategy titles like Master of Orion and Galactic Civilization. The French team at Amplitude Studios has also taken an interesting approach to transparent development, allowing prospective players to track development and vote on some decisions through a system dubbed Games2Gether.

Signing up for a free account is hassle-free, and gives you 100 G2G points to use for voting on faction logos and pirate ship designs at the moment. Pre-ordering one of the two editions of the game gives you another 500 G2G points, as well as access to the current and latest builds.

The Games2Gether design discussion sub-forum offers a wealth of information on how different components will work in Endless Space, such as interstellar travel, the economy, factions, and the like. It’s looking great on paper already, and graphically it looks pretty slick to boot.