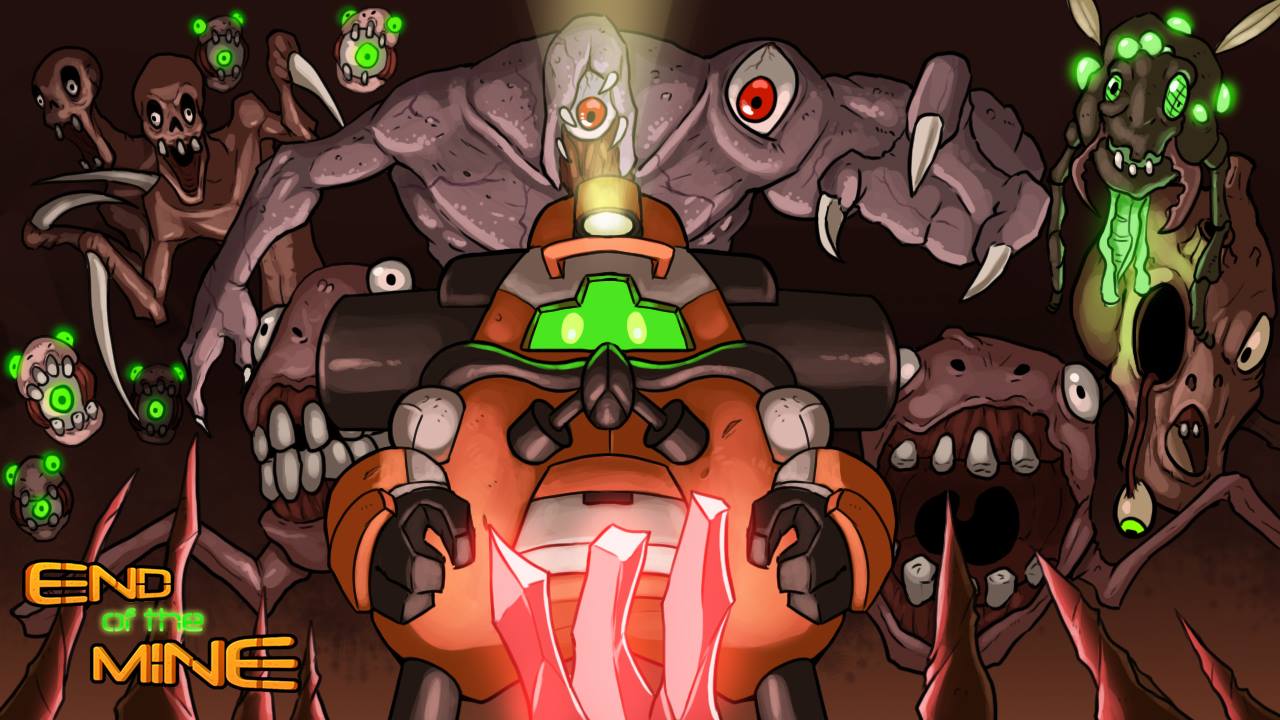 “End of the mine” sounds like something an ’80s beefcake action star would say before tossing a vaguely European villain into a mine shaft for trying to steal bearer bonds or something. But, it’s actually a new game on Kickstarter. The 2D action-shooter is all about spelunking through creepy alien mines, shooting bizarre enemies, and finding weird items.

Normally I don’t check out too many Kickstarters. We get emails everyday from different campaigns asking for coverage and trying to pick and choose between them starts to feel a little arbitrary. However, End of the Mine has a special Dtoid connection that made me take a second look — one of the developers is a long time community member! Old Dtoiders might remember SteezyXL kicking around on the Cblogs and comments. He was always a great guy and I’m happy to see him doing the damn thing and making his own games. Props.

Unlike a lot of Kickstarters, End of the Mine has a demo up on Steam, so you can check it out yourself and see if it’s something you feel like backing.