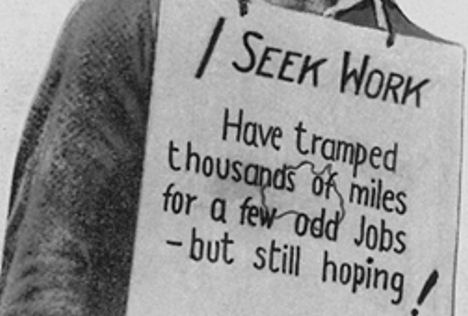 As you may or may not know by now, it seems likely that Jack Thompson is to lose his career as a defense attorney. The Florida Bar seems to have gotten the strange impression that he’s a lying, manipulative, offensive duncebreed and is looking to disbar him for no less than ten years.

Since Jack Thompson is a good friend of ours here at Destructoid, we do not want to see him unable to earn his daily bread. Playing the role of careers adviser, Destructoid has taken it upon itself to draw up a list of possible jobs that the silver-haired Lothario would be perfect for. It is our hope that Jack “Jack Thompson” Thompson takes our advice on board and finds a job perhaps even more lucrative and interesting than getting criminals off the hook for a fee.

Hit the jump as we attempt to employ Jack Thompson.

As I know from experience, if there is one thing Jack Thompson is good at, it’s trash talking, and this is a trait that professional wrestlers need perhaps even more than athletic ability. Professional wrestling is where men do pretend things for two hours a night, so it’d be perfect for JT, who is already well versed in faking things.

If you’ve ever heard a wrestling promo, you’ll know that they basically talk into a microphone for up to thirty minutes, finding thousands of words to use while only conveying a handful of information (usually along the lines of which ass they are going to kick at Summerslam). If anybody could match such insubstantial rambling, it’s Jack “Ring Stinger” Thompson and his brutal finisher, The Dis-Armbar.

There is but one sound on Earth that can drown out Jack Thompson’s voice, and that’s the ceaseless droning of a thousand bees. This job is worth Jack’s consideration just for the sense of challenge he could enjoy in trying to interrupt the buzzing honey makers. He likes to fight against the odds, and a betting man would favor the bees in an argument. Prove those gamblers wrong, Jack!

An obvious choice, Jack Thompson was actually into politics before he took up turning courtrooms into three-ring circuses, and even though he swore he’d never do it again, recent rumblings suggest he has dreams of Congress. While some people believe this would be a bad thing, we fully endorse it. Hearing JT’s crazy opinions when applied to the political arena would be hilarious, and it’d be interesting to see the scandals he could cause.

He obviously has all the skills of a politician — the ability to lie and … well, that’s the only skill a politician has, I suppose. Who knows? He might even make President some day. That’d be like accessing a cheat code to skip right to World War III.

Jack Thompson would make an excellent designer of hyper-violent videogames. He has already pitched two twisted ideas in the past — one where you violently murder other game developers, and another he pitched to me once merely titled “kill all the gamers,” (which he claimed would appear on the Xbox 360 when asked).

Thompson is an inventive man, and is just the kind of innovative bright spark this industry needs. He might even be able to make the Left Behind games playable.

Because he already has experience with bullshit.

The Big Daddies are lumbering creatures, prone to attack anything they perceive as a threat with no regard for reason, and possessing a single-minded dedication to protecting children from harm. It would seem that Big Daddies and Jack Thompson are indeed cut from the same cloth.

Thompson should indeed report to Dr. Suchong and apply for the Big Daddy program. His inability to be reasoned with and his obsession with child safety would see him excel as a custodian of Little Sisters. His belief system might not mesh with Andrew Ryan’s hardcore atheism, but I imagine those two would sort out their differences.

I would kill to hear a conversation between those two.

Thompson spends enough time hunting for things that aren’t there, so what better way to lucratively apply his lust for imaginary horrors than by becoming a paranormal investigator?

JT’s ability to draw wild conclusions from unrelated mundaneness would be a tremendous boon in the paranormal industry, where self-professed ghost hunters can claim common household dust is evidence of spectral shenanigans. You only need to watch the ridiculous “We wish we were Blair Witch” television shows in which night vision cameras and some sweaty man whispering “I sense someone died here probably” pass for entertainment.

Jack could even go so far as to take up clairvoyance. He could tie it in with his current obsession and make dead people claim they were killed by videogames.

He’d be brilliant at this because nobody would want to find this asshole.

Should the so-called “Queen of Mean” Anne Robinson ever tire of hosting The Weakest Link, I think we have a perfectly suitable queen lined up to take the mantle. Show hosts like Anne Robinson and, of course, Simon Cowell, are notorious for their merciless put-downs of those brave enough to appear on The Weakest Link or Pop Idol, and if anybody could match their acerbic wit and unsympathetic acidity, it’s our boy Jacko. Just look at some of these choice insults and witty put-downs, and imagine them being used in a hot prime time show. I think you’ll agree that these all = ratings:

“… We got a bunch of sociopaths in Edinburgh, Scotland, sittin’ around in kilts sippin’ their single malt whiskey spreading racial, hurtful stereotypes in this country.”

“Gamers are considered by normal people to be cretins. Get used to it.”

“Gosh, I forgot. You’re a gamer. You can’t think for yourself. Sony and Microsoft and Take-Two have to do your cerebral stimulation for you.”

“With enemies like you Pixelantes and like Game Daily Biz, why, I don’t need any friends. You honor me with your hatred. I serve the Lord Jesus Christ, and you hate me because the world first hated Him. I follow the Creator of the Universe.”

“Get behind me Satan. That’s you, junior.”

“Why don’t you just molest children directly rather than through Rockstar.  It would be more personal that way.”

Let’s face it, FOX is already going to make something like this happen.

I know what you’re thinking — we’re on the last job suggestion, and really reaching for ideas. Hear me out though, because this actually does work if you think about it. Really hard.

Jack Thompson, like the Xenomorph life form from Alien, is a parasitic creature that propagates itself through the deaths of others. With each life brutally snuffed out, Thompson is born again, given a new and bloodstained lease of life. Pain and suffering keep him going, and he is a relentless threat that refuses to die. He is acidic, and has a biting tongue. His plan is to take over, without mercy and without sympathy.

You still don’t understand what you’re dealing with, do you? Perfect organism. Its structural perfection is matched only by its hostility. I admire its purity. A survivor … unclouded by conscience, remorse, or delusions of morality. I can’t lie to you about your chances, but … you have my sympathies.

Okay, we were reaching.