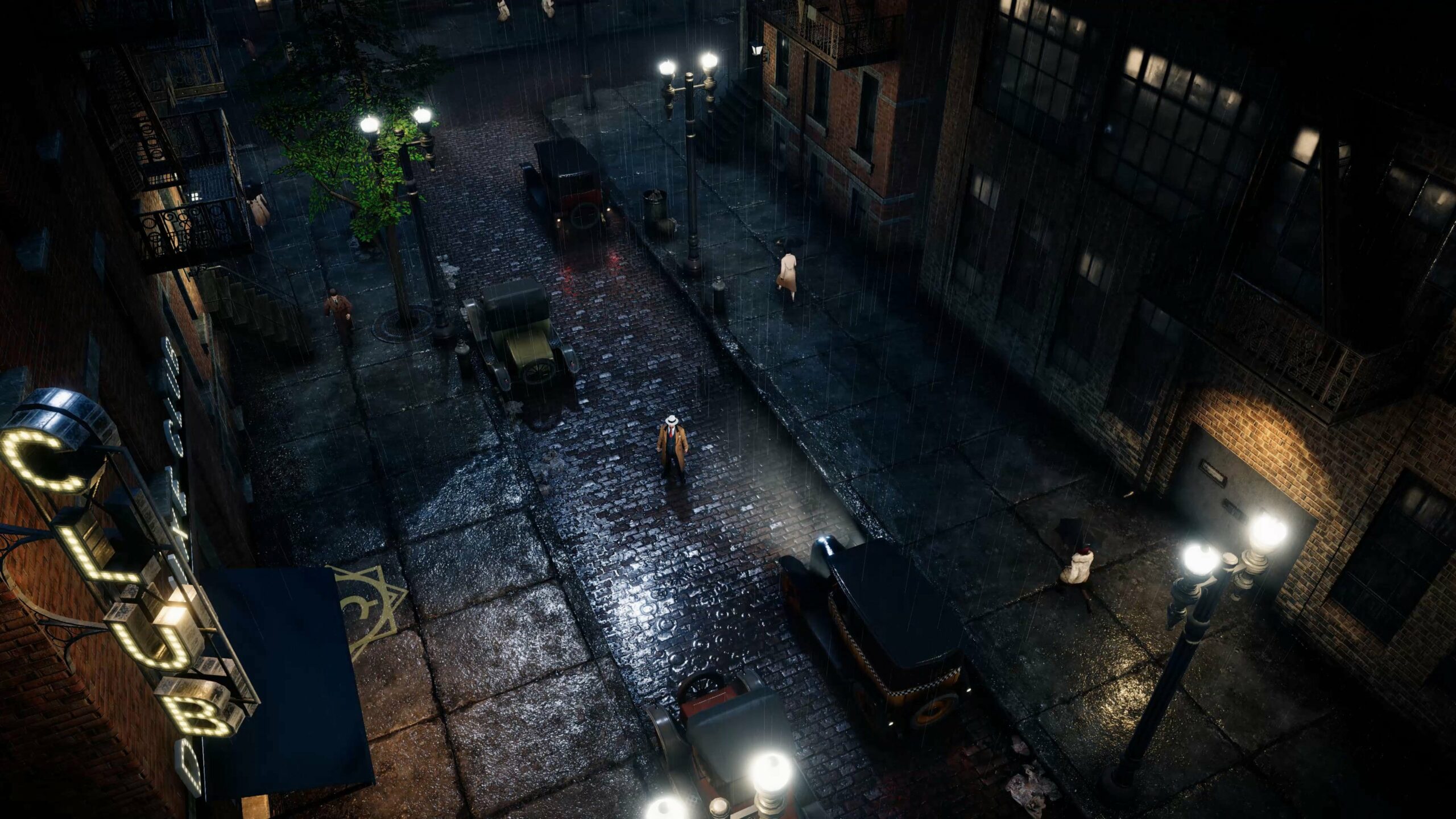 Here’s lookin at you, kid

Nintendo’s E3 Direct was full of a ton of surprises, but one of the more striking was the announcement of Empire of Sin. Feeling completely out of place for Nintendo’s family-friendly image, the short teaser showed mobsters gunning down other thugs and teased what looked to be 1920s Chicago as the setting. The other shocker was that John Romero’s studio, Romero Games, was working on the title.

Would the game be a historical recreation of a specific era with real-life figures? How did this fit into Romero’s body of work? What was the inspiration behind the title? While I wasn’t able to get too many answers, I had a short chat with John Romero about his latest creation and how it came to be. 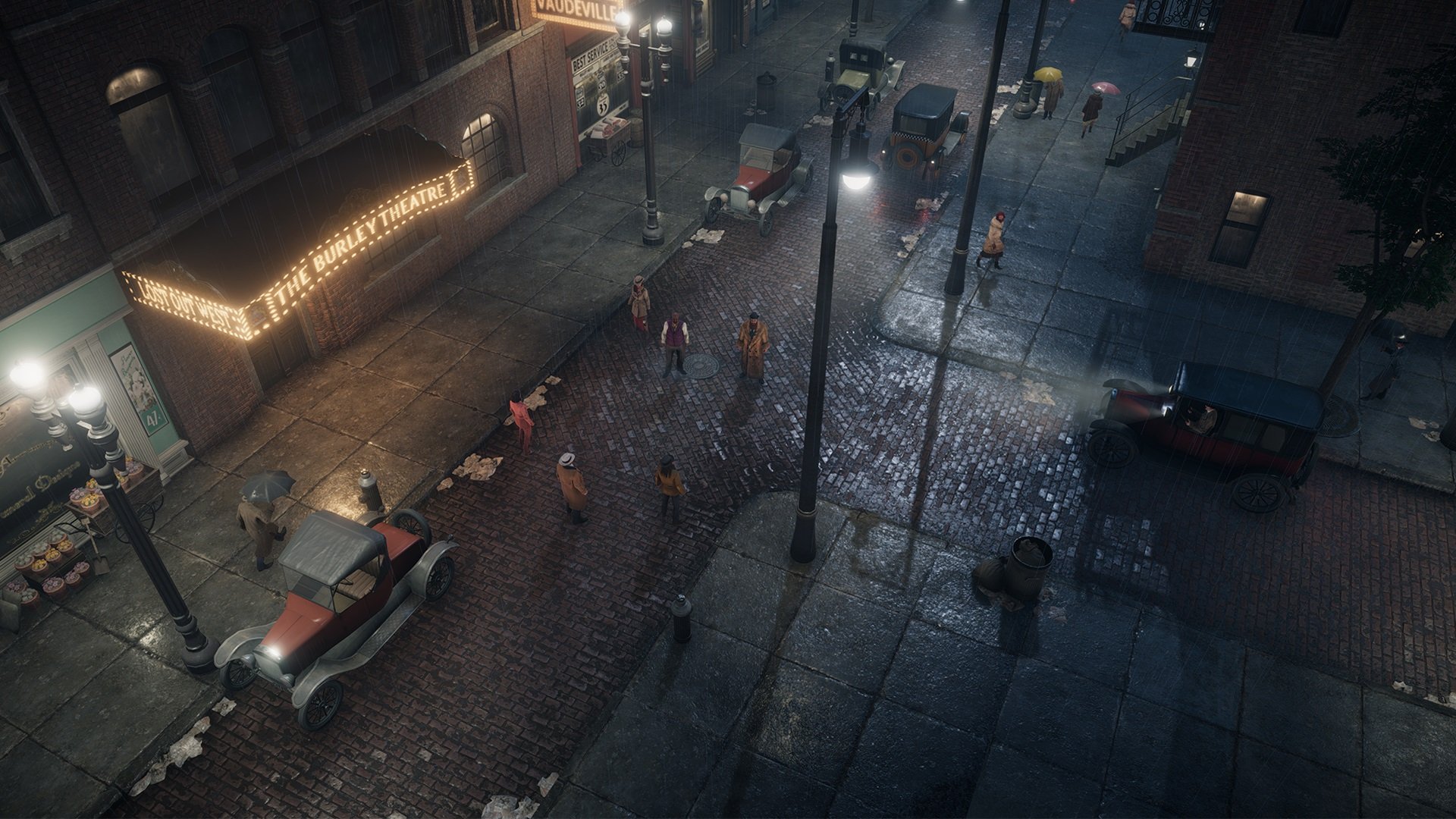 To answer that first question, Empire of Sin isn’t strictly a historical reenactment. While the game draws heavily from Prohibition-era Chicago and the stories that came from it, this is a roguelike strategy game that will have randomized elements for each playthrough. The layout of the city and its neighborhoods isn’t based entirely on the actual city, which allows for different placements of strongholds, speakeasies, and breweries when you restart a game.

Roguelike is sort of inaccurate, though, as the game is more akin to classic strategy games like Civilization and X-COM. The whole idea for Empire of Sin comes from Brenda Romero. When I asked where the inspiration stemmed from, John said, “Brenda, my wife, is the lead designer and she has wanted to make this game for over 20 years. She previously worked on the Wizardry series, so she has tons of RPG experience. She knows how to create systems that allow for alliances and interactions between different characters.”

One of her hobbies is creating board games based on historical situations, to which 1920s Chicago piqued her interest. It was only natural that she would eventually set her sights on creating Empire of Sin. Brenda made the pitch specifically for Paradox because of the studio’s pedigree for historical situations and deep strategy elements. It’s the exact game she and John wanted to create. 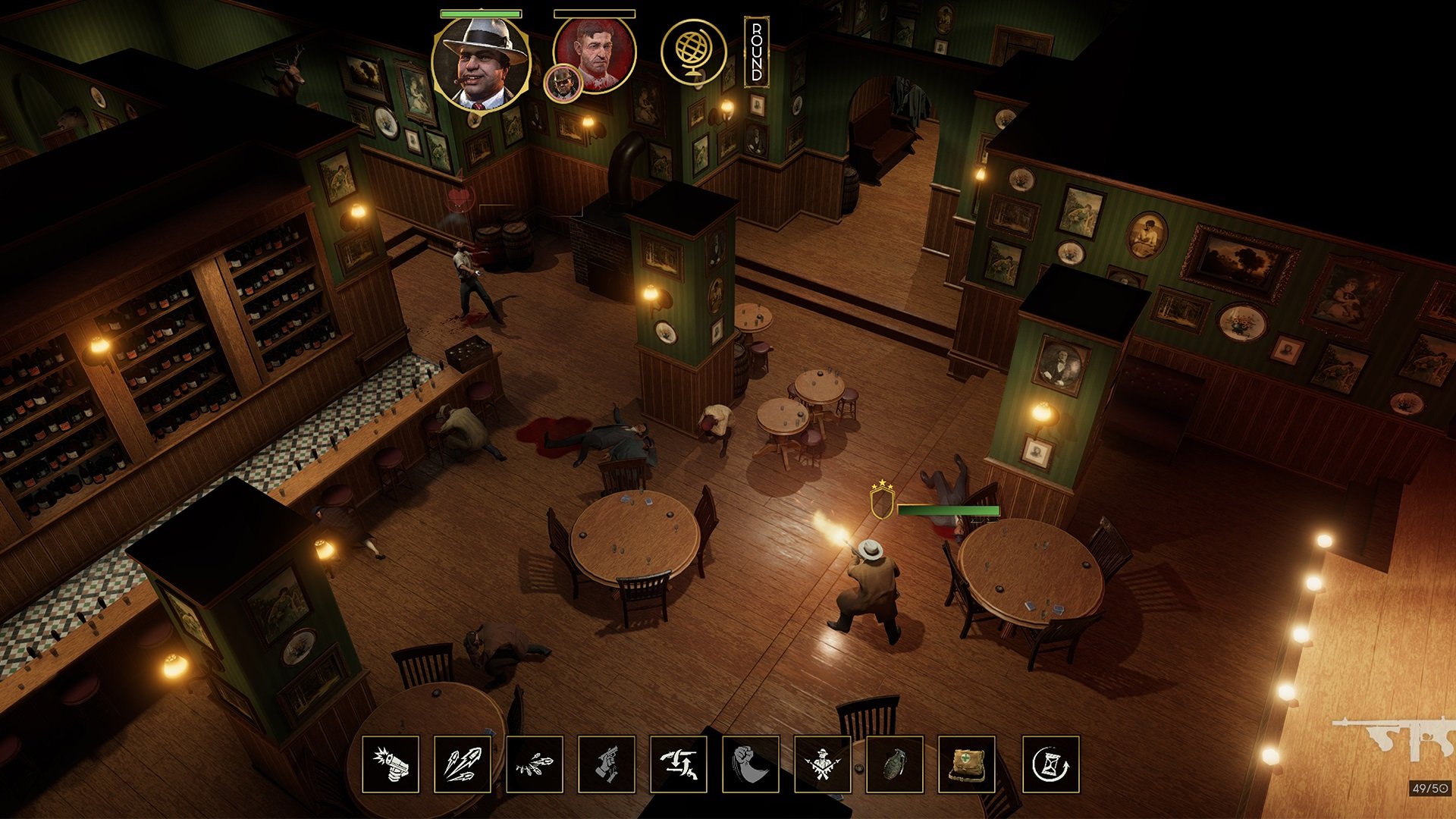 The overall breakdown of Empire of Sin is that this will be a single-player strategy title. You control one of 14 different gangs with leaders based on historical figures – the demo I saw featured Al Capone. Romero Games’ Keith O’Connor (CTO) and Ian O’Neill (game designer) gave me a run-through of a few different situations that players will be tasked with, including seizing a stronghold and negotiating with a mob leader.

There are various ways you can accomplish these tasks, though I urged O’Connor to go with a brute force approach. He had Al walk into a bar and gun down the place, which then left it free for the taking. From there, he stepped out and recruited a few people off the street that were impressed with Al’s penchant for murder. These characters are what Romero referred to as RPCs, or recruitable player characters.

Each RPC will have randomized traits for every playthrough that can be a pro or con in different situations. The one I saw, a woman named Maria, had a temperament called “Hair Trigger” that made her more likely to ignore orders and shoot at the first possible opportunity. In combat, this could lead to a scenario where you’re trying to move her to cover, but she ends up taking pot shots and leaving herself open to return fire. The different temperaments that characters have will actually progress and change over the course of your playthrough, so Maria might grow out of being quick to pull the trigger. 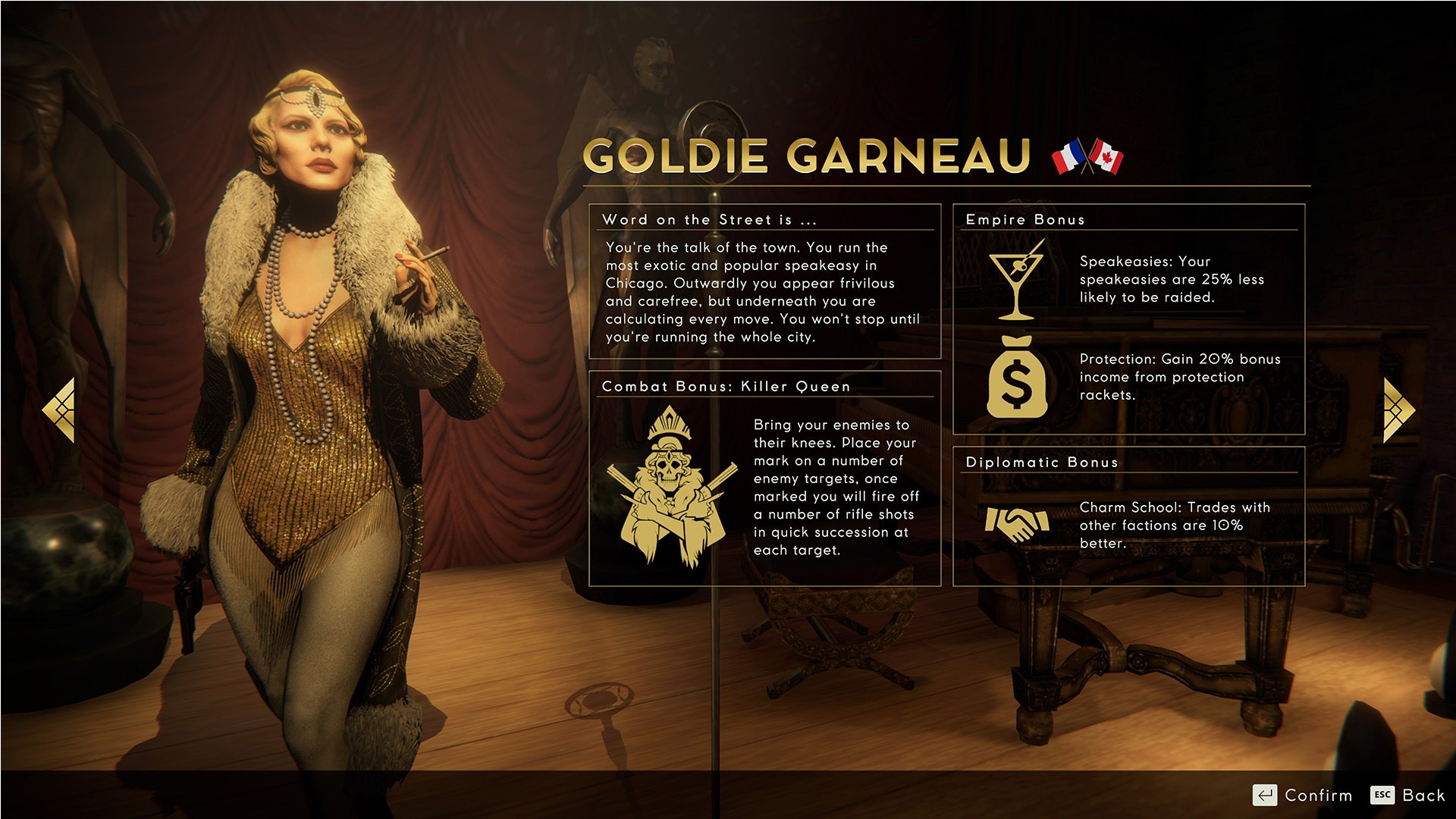 There are even various allegiances that some characters will have to others. Using Maria for another example, she had a lover somewhere in Chicago that she was loyal to. While she was willing to do grunt work for Al, the possibility of running into her lover in combat could result in her either running from the fight or the two joining forces and taking everyone else out. Those types of emergent experiences are a part of what Romero hopes will make Empire of Sin a game players will return to time and again.

As well as that, you can assign RPCs to various roles in your criminal empire. The different gangs all have a hierarchy of underlings, so you can place recruits into positions such as “Underboss” or “Enforcer.” Depending on their temperaments and skill sets, they might be able to lead their own subset of soldiers for you or allow for other positions to be filled (like getting someone to handle money).

While all of that is neat, what impressed me the most were the near-seamless transitions between being inside buildings and walking around outside. Empire of Sin is a mixture of real-time and turn-based strategy. Combat scenarios will play out in turns, but managing your properties and walking around the streets of Chicago is played more like an RTS. You select your units by dragging a cursor over them and move them by right-clicking in the environment. Combat varies this by forcing you to make movements per character instead of in a group, which is where the X-COM influence can be felt. 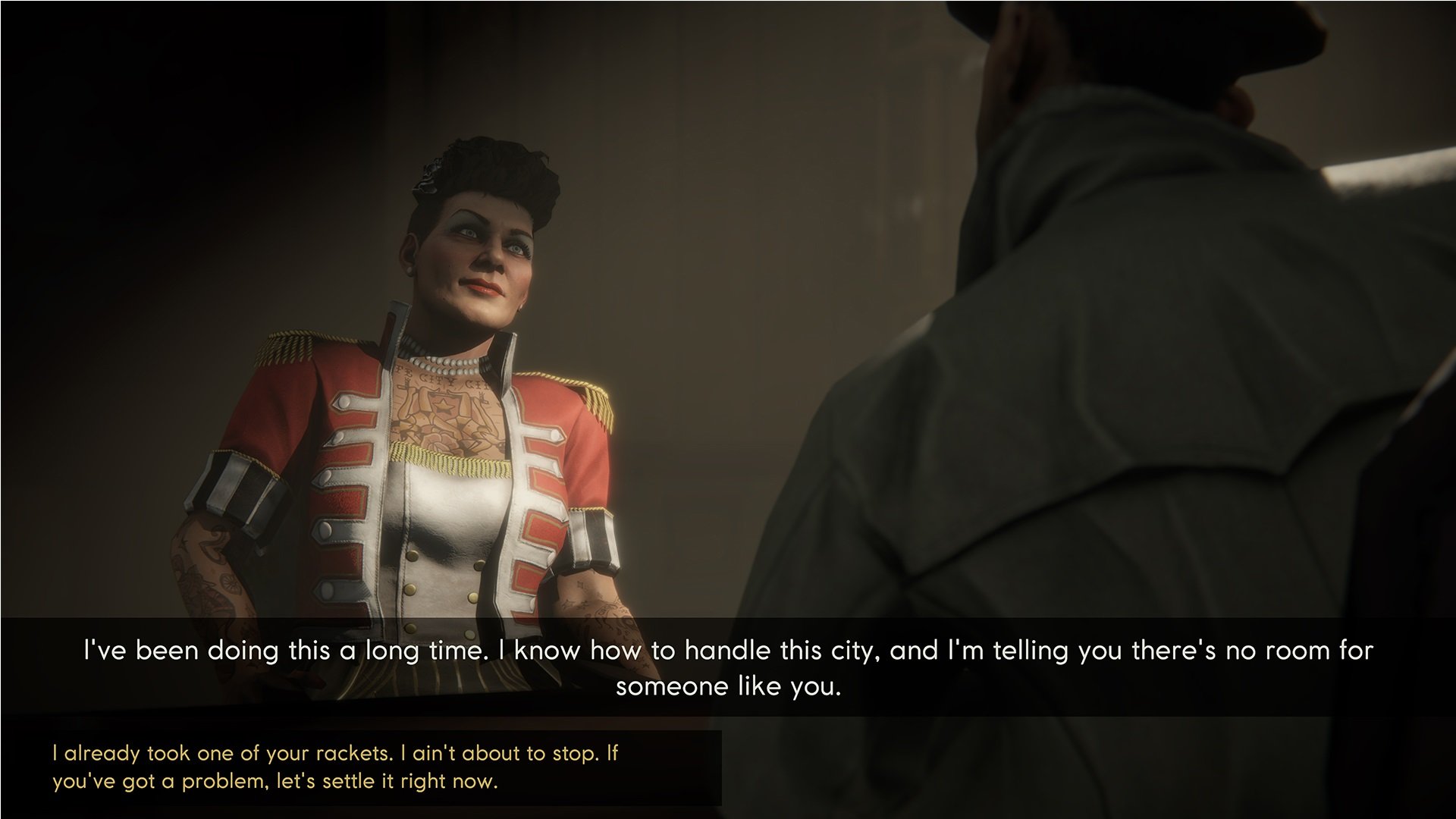 You can pull back the camera from any building and get an overview of the entire neighborhood you’re in. Depending on stipulations you select before each playthrough, there can be between two to eight burrows that you will need to assume control of. Each playthrough can be as long as you like, much like how the Civilization series provides options for the duration of campaigns. The only change from a regular RTS is that losing your leader ends the game as they are the anchor for your entire operation.

Sadly, I didn’t get to actually try out the game myself. Empire of Sin is not far enough along in development to be fully playable, which I saw from my short time watching. A few little bugs with bullets going through walls and cover not working as intended were present, though that is to be expected from an alpha build. It’s surprising how good looking the game is, visually, given its early status, but this isn’t ready for primetime just yet.

The Nintendo Direct reveal may have led you to believe this would be a Switch exclusive, but Empire of Sin will be heading to PC, Mac, PS4, Xbox One, and Switch in Spring 2020. I asked about any store exclusivity, but Paradox assured me the game will arrive on Steam and GOG. That doesn’t rule out the chance of it coming to the Epic Games Store, but you won’t be limited to a specific storefront for the PC version.