Beenox is capping off Crash Team Racing Nitro-Fueled with one final event – the Gasmoxia Grand Prix – on February 20, 2020, at 7:00 a.m. Pacific. If you’ve only dabbled in these high-stakes online events over the last eight months, it’ll be tough to show up now and compete against battle-hardened players who never put the game down. That said, you might want to log in to try some newly-added time trials. 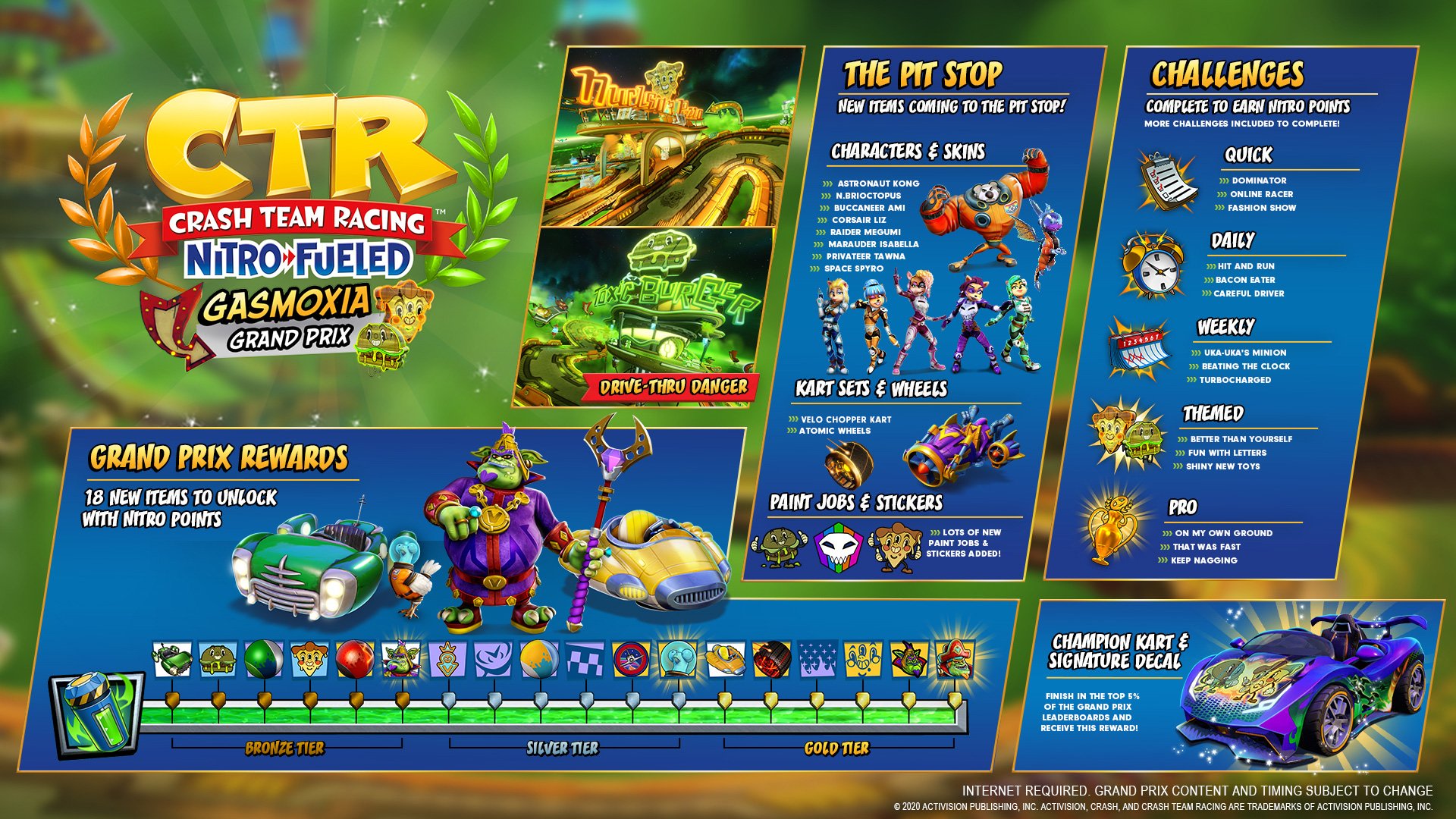 As for time trials, there’s a couple of things to note.

Every track will have a Nitros Oxide and Emperor Velo time trial to beat, and once the Gasmoxia Grand Prix wraps up, the developers at Beenox plan to post their personal bests. That’s when things really get scary. If you manage to outpace Nitros and Velo, you’ll earn champion decals for your trouble.

Beenox also confirmed that Gasmoxia is the “final opportunity” to unlock the Champion Kart. As usual, the kart is given to players in the top five percent of the Grand Prix leaderboards. It’s now or never.

Once the event ends, the studio intends to continue supporting Crash Team Racing Nitro-Fueled with a challenge system (so you can keep earning Wumpa coins) and new characters, karts, and skins.

I know microtransactions soured people on Nitro-Fueled, but looking back at the developers’ sheer output – 40 tracks, 12 arenas, 51 characters, and 300-some character skins – it’s been quite a ride.

I love Mario Kart, but it’s nice to see someone else step up. (Now if only Sega could do the same.)