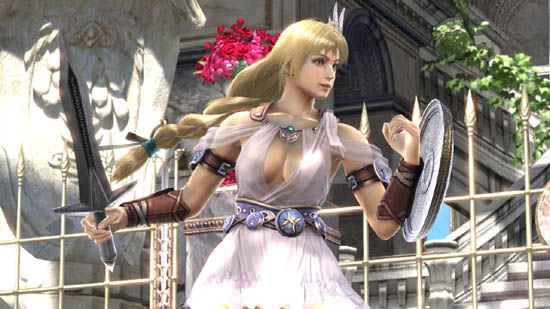 For those not in the know, the Eminence Symphony Orchestra is quite possibly the coolest orchestra in existence. Based in Sydney, Australia, this amazing group of musicians perform arrangements of videogame and anime music worldwide. They recently rocked Otakon alongside Final Fantasy XII/Tactics composer Hitoshi Sakimoto, and now they’re putting the shine on their songs for Soul Calibur IV.

Music 4 Games had a chance to speak with Eminence’s President, Hiroaki Yura, about their involvement with the upcoming Namco Bandai brawler. It seems that one of the members of the Soul Calibur sound team was a guest at an Eminence performance last year, and they struck a deal to record for the game soon after. While not many details were given, we do know that the orchestra will record some of Junichi Nakatsuru’s composititons, and there will be about 15 minutes of audio including the “opening and the end credits as well as a little bit of the story, system and battle music.”

When asked about which character Star Wars he was more excited about playing, Yura responds: “I’m looking forward to Yoda, mainly because you see so little of him fighting in the films, and his style is a bit different from the other Jedi or the Sith. Unfortunately due to the fact I that I don’t own an [Xbox] 360, I think I’ll wing it with Darth Vader.”

Read the rest of the interview at Music 4 Games.