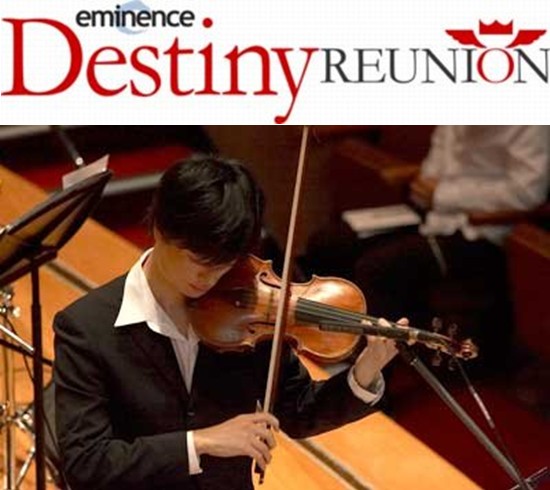 If you’ve never been to an anime convention, you may have missed things like massive dealer rooms (import games!) and partially nude costume play (once I saw a female Pikachu cosplayer that wore only black bloomers, a yellow halter top, a painted face, and a cardboard pikachu tail – I’m still looking for her). These massive events really have some relevance to the gaming world as they’re considered more of an otaku gathering than just an anime one. One thing con newbs may not realize is that these conventions often have musical performances as a focal point, and large concerts are not uncommon. While they’re usually Japanese bands covering anime and J-pop music, the musical highlight of the upcoming Otakon in Baltimore, MD will appeal to gamers and anime fans alike.

Attendees of the July 20-22nd event will get the pleasure of hearing the Eminence Symphony Orchestra’s String Quartet. If this group sounds famliar, it should – their ‘Destiny‘ concert sold out in both Sydney and Tokyo, and they are now coming to America to play this exclusive set at Otakon. The performance, called ‘Destiny -Reunion’, will be peformed by a string quartet, and will include songs from .hack series, Gundam Seed, Princess Mononoke, Laputa, Neon Genesis Evangelion, Noir, My Neighbor Totoro, Chrono Cross, Xenosaga, Romeo x Juliet and many more.

One of the special guests for the event is closely associated with some of the music performed, namely this spring’s hit anime Romeo X Juliet. His name is Hitoshi Sakimoto, and you might know him better as the composer of Final Fantasy XII and Final Fantasy Tactics. He will be in attendance to hear his music performed as well as to meet his American fans.

If you’re going to be in the area, and you enjoy quality game and anime music, then you owe it to yourself to make it to Otakon for this performance. Also, keep your eyes peeled as several Destructoid writers (including myself) will be there to cover the convention. I hear there’s a party somewhere…