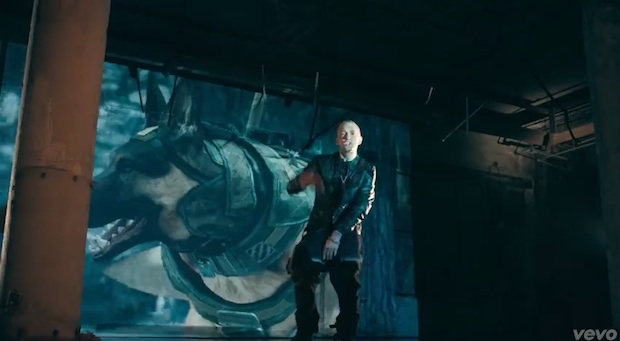 It has been awhile since we’ve seen a music video that was so heavy on the cross-promotion. Somehow, Eminem’s “Survival” crams so much Call of Duty: Ghosts promotion in without being offensive or heavy handed. I’m kind of impressed!

I mean, I don’t like the song at all (it sounds like he has to poop for most of it, and the hook is lousy), but the cross-promotional imagery isn’t bad or annoying. The shot where a German Sheppard (COD Dog, Riley, is that you?) runs in front of a wall plastered with five or more Ghosts skull logos didn’t even have me flinching. Maybe it’s just that I have a soft spot for dogs.