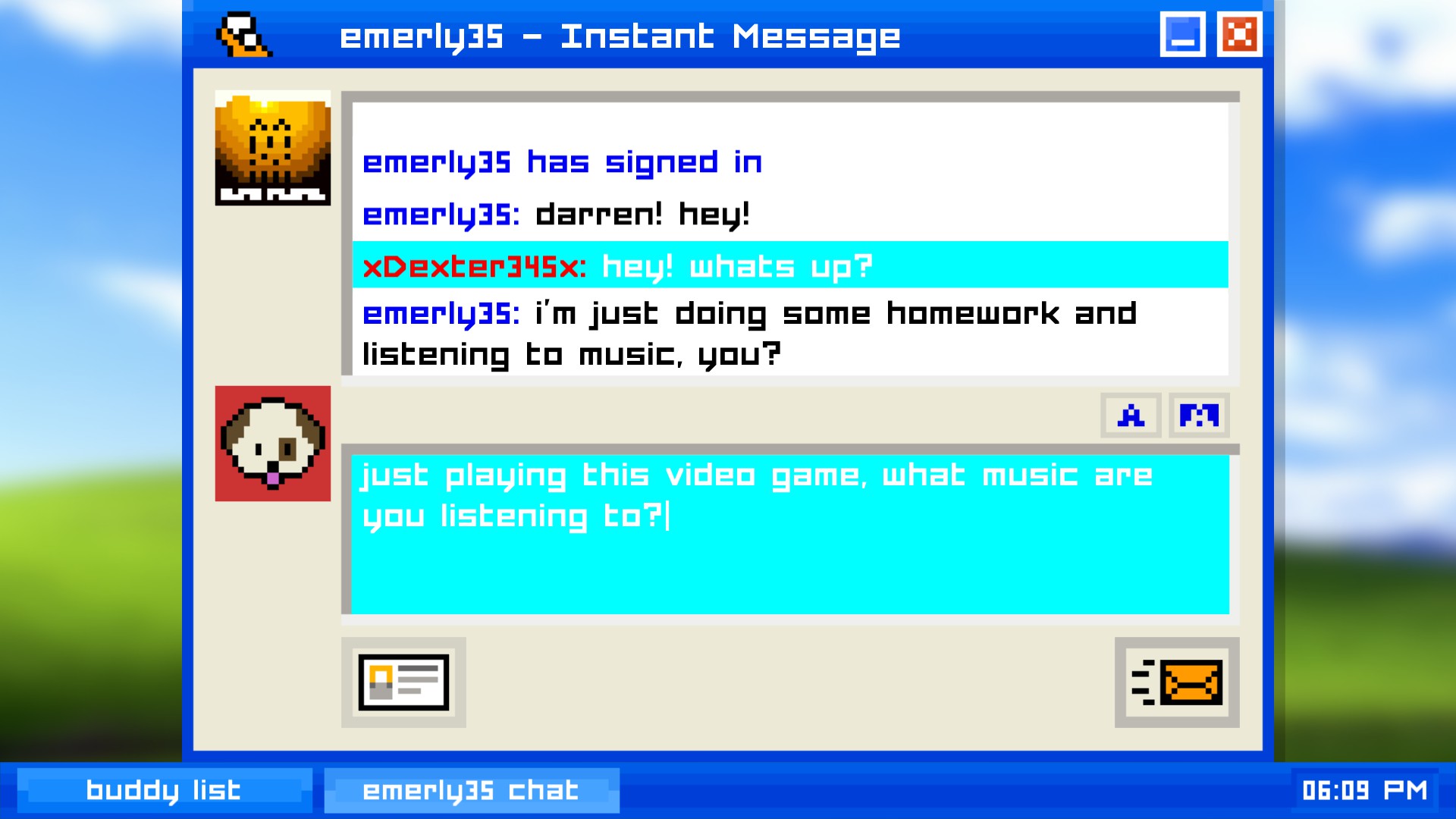 The tagline for Emily is Away is what got me to try it out. “Relive your awkward teenage years.” Sure, that sounds like a blast.

It’s a short text adventure set in the early 2000s and made to look like AOL Instant Messenger. (Yes, that was my real AIM screen name in the header image.) What struck me immediately was how closely the dates mirrored my life experience. If it’s autobiographical, I’d guess designer Kyle Seeley is just a year older than I am.

What struck me later was how other bits of the story applied to me as well. I responded as I would have in that situation and the branching pathways took me to a place I’ve already been. Drifting slowly away from a girl I cared about, separated by time and space and growing up. On the one hand it’s almost eerie, like it was loosely based on my own life. On the other hand, it’s kind of reassuring, evidence that I’m not the only person to have those experiences.

Emily is Away releases on Steam on Friday and it is totally free. If you were also an awkward college kid 10 years ago, you too might see yourself in it.