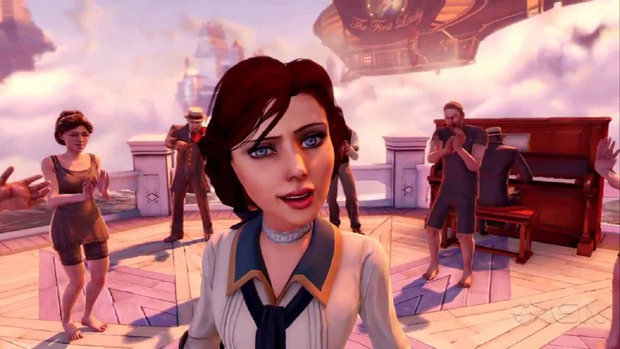 Part one of an ongoing series

Bioshock Infinite has been out for a little while now. The spoiler police are starting to doze off at their posts. The game’s harshest critics and most passionate fans have seemingly declared a temporary cease fire (at least until the first DLC comes out). It is a time of peace, which makes it a perfect time for a loving mockery from Machinima.

The dynamic, emotionally evocative relationship the player forms with Elizabeth is one of Bioshock Infinite‘s biggest selling points. That said, Elizabeth’s reactions to the player’s action often only make sense within the confines of Infinite‘s particular brand of videogame logic. This video shows us what the game might be like if she reacted more “realistically” to witnessing her partner in the most important event of her entire life run headlong into a biological weapon hurling fireballs at his head.

Would Bioshock Infinite have seemed more believable if it employed this brand of dialog?