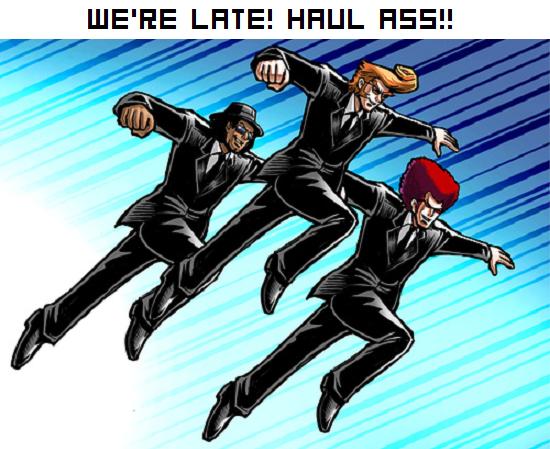 Have you ever had one of those dreams where you think you’ve already woken up?

You know the ones. You wake up, get out of bed, get dressed, head off to school, college, or work, and get on with your day quite happily, before suddenly waking up again and realizing that none of it has actually happened, except in your mind. And on top of that, you’ve usually slept straight through your alarm and are now going to be late for wherever you thought you already were.

Today is a lot like that for me. You see it’s finally been announced that Elite Beat Agents is coming to Europe on July the 13th, and frankly, I’d long since forgotten it wasn’t already out. It’s not that I’m not used to this sort of thing you understand. I’ve lived here for 26 years, so I’m fully au fait with the continent being seen as the hungry dog under the dinner table; not a real guest at the party at all, but okay to throw scraps to every so often.

It’s just that with EBA we’re talking about an eight month delay, for a game which I’ve already played three versions of since this year began, including its originator’s official sequel. And which they’ve already had in Japanese stores for months, meaning that everyone in the world has already completed it several times over. The kind of double-take I made when reminded that the release date is still over a month away hasn’t been seen since the heyday of Looney Tunes.

Odds of Ouendan 2 not getting a European iteration when EBA inexplicably doesn’t sell to everyone who’s already got it? Place bets now!