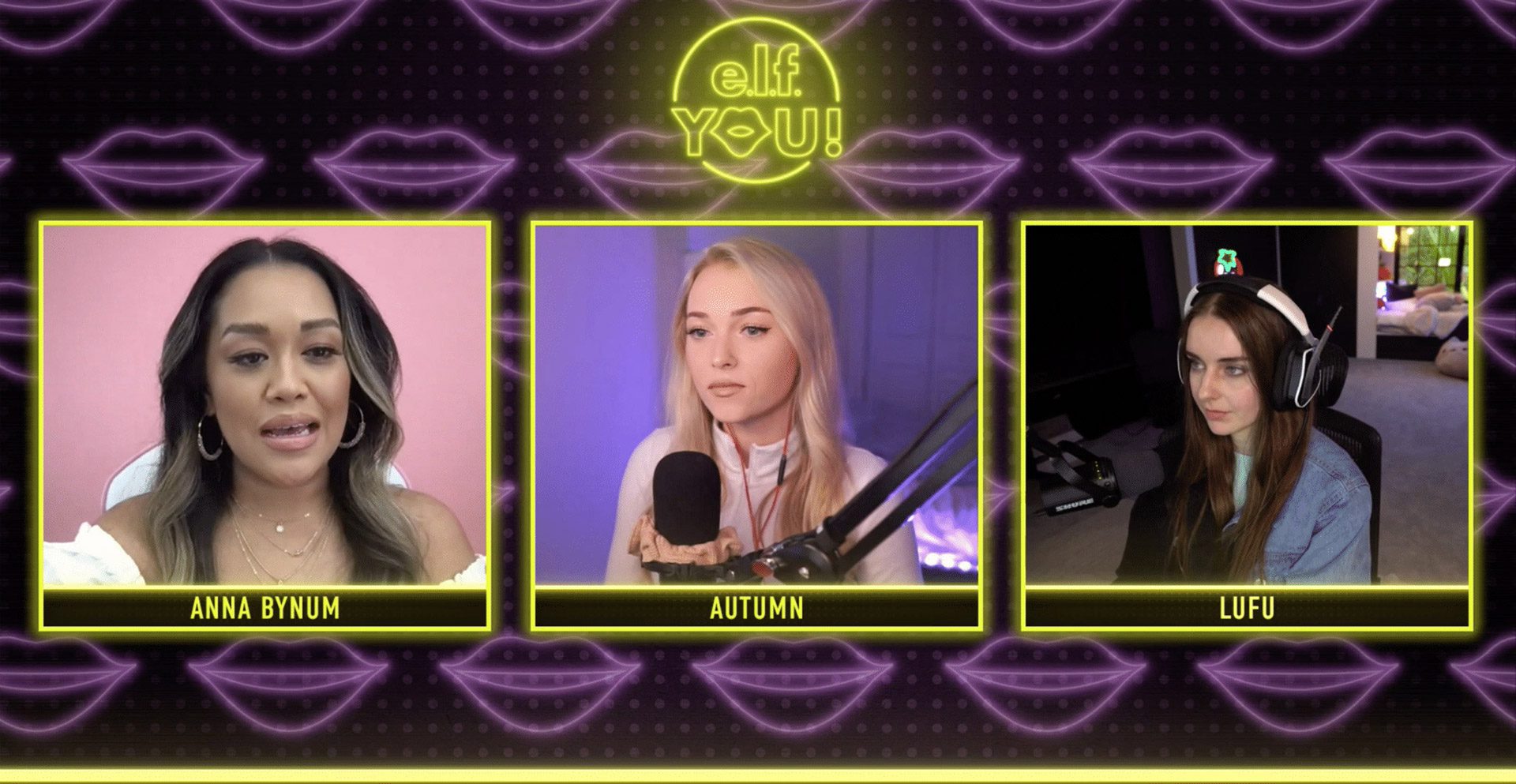 The mainstream beauty brand’s foray into streaming shows us that brands can’t really relate, not even if they try.

When cosmetics company Elf (which stands for eyes, lips, face) announced the launch of their Twitch channel May 7, the internet was excited. It would be the first time a mainstream beauty brand expanded to Twitch, and, like Colourpop’s Animal Crossing collection in 2020, an example of beauty brands wising up to the fact that the gaming community is diverse and some of its members wear makeup. But when Elf went live on May 9, things became, um, not good. And it was all because Elf could not seem to listen to the community it had intended to serve.

The problems started before the stream. First, Elf created ire by claiming to be “the world’s first brand-led female empowerment movement in gaming,” even though brands like woman-led developer team Ker-chunk and makeup company Gamer Glam Cosmetics prove this to be untrue. Then, on May 3, Elf posted a tweet looking for “double threats” who game and do makeup, and the replies were filled with a truly diverse group of women, nonbinary people, and men with elegant eyeliner, bright eyeshadows, and fantastic cosplay looks. The three-hour May 9 stream, which was hosted by streamers Autumn Rhodes, Fasffy, and long-time Elf collaborator Loserfruit, looked nothing like that comment section, dominated by cis, white women streamers and opaque references to “females” in gaming.

Many creators felt snubbed and lied to, offered a promising platform for uplifting the Twitch makeup community only to be passed up for something more typical and, well, white.

“[Elf] should look through those amazing artists on that post, contact the ones they feel their content breathes diversity, and showcase what Elf claims to be,” said Glam Daddy, the founder of Gamer Glam Cosmetics, in an email to me. MiladyConfetti, who replied to Elf’s callout post and received the highest number of likes on her photos (as of this article, the post has over 1,000 likes, more than Elf’s original tweet), noticed a disparity between who social media users were engaging with and who Elf was choosing to work with.

“I saw many creators get PR boxes and I noticed that the majority of them were white women,” she wrote in an email. “To me, [the branding decision] exemplifies that not only is the space not welcoming to trans/non-binary individuals with its ‘female’ empowerment, but also not welcoming to Black women, specifically dark-skinned Black women.”

Three weeks after the stream, on May 28, Elf posted a Twitter apology affirming that the brand “firmly [embraces] diversity” and shared an email address designated for Twitch stream feedback. Users, naturally, were not impressed with the lackluster and very late response, and many of them called for the brand to apologize directly to ignored creators like MiladyConfetti and Glam Daddy.

“I felt used for engagement,” Milady said about the apology tweet. “Ignored and hurt because when you speak publicly about companies and give them corrective feedback, as a Black woman, you can often be demonized and blacklisted for having an opinion.”

“If they want to apologize, they can take the steps to hire and consult leaders in the Twitch community on [diversity, equity, and inclusion] initiatives, and educate themselves about the Twitch community,” she continued. “They can prove that they stand by the Black Lives Matter section on their website by showing they’ve actually engaged with the books suggested to read to unpack racial biases.”

The Elf debacle is disappointing because, for many people, marginalized or not, both makeup and gaming are artistic, creative endeavors that really do empower them.

Although some men in gaming have historically had specific ideas of what gender expression looks like, for many people, (myself definitely included!) makeup makes the explorative, endless possibility of a video game feel real. That feeling could lead you to cosplay, or gender experimentation, or a simple loving wash of black mascara that makes you feel pampered and cared for. For me, makeup and gaming have always been about art and imagination. I spend gleefully ticking minutes immersed in character creators the same way I relax by gluing rhinestones to my face before a party.

Glam Daddy told me that her interest in makeup and gaming converged when she first started streaming a few years ago, and when trolls would berate her with clown emojis and the question “this is gaming, why are you putting on makeup?,” she just continued, because she loved it, and she wanted other gamers to feel free to love makeup, too. Milady affirmed this love to me in her email, saying that doing her makeup “is a form of self-care and a great way for me to set great intentions for the day while doing something creative.”

Elf’s attempt as a mainstream brand to bridge makeup and gaming was, obviously, a pretty rough start. That’s all the more reason to focus on actual gamers doing interesting things that they love, centering community good with their content, like Milady, Glam Daddy, drag streamers, trans streamers, and every underrepresented gamer that cares about making diversity a fixture of gaming, not just another piece of branded content. Although they may try to convince you otherwise, a company will never have the hearts we do.