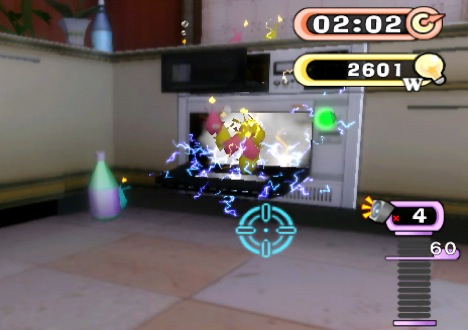 Today, Konami officially announced that Eledees: The Adventures of Kai and Zero for the Nintendo DS will be released in Europe this winter. The subtitle of the game should familiar to those in the US waiting for the next Elebits incarnation. Elebits was changed to Eledees in Europe to sound more like the word “LED,” because everyone knows that Europeans love LED lights and other flashing things.

Eledees, according to el33tonline, is aimed to be much like the previous Wii title. The wretched little beasties that hide behind everything known to man are still a power source, and still being sought after by the original game’s protagonist, Kai. This time, the game does not revolve around Elebits displaced in contemporary objects around a house. Instead, it takes place in a magical realm for absolutely no apparent reason.

At least this title won’t have me shaking cans of soup every six seconds, or jiggling vacuum cleaners for bonuses. More importantly, this goes to prove to every developer that tiny little monsters will eternally be a success on a Nintendo console. I wonder if I’ll see the day when a brave developer will try to go the other way with this idea and feature excessively large monsters under the confines of human control and mysticism? A boy can only dream.