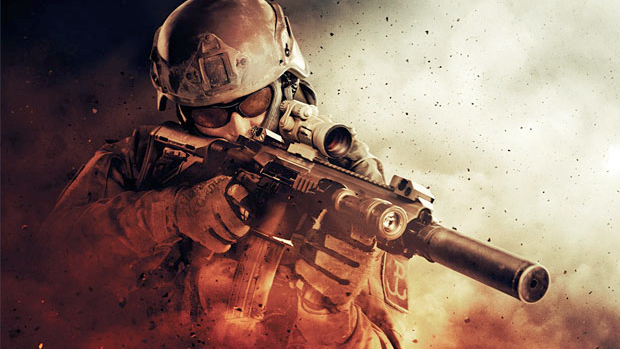 Plans to use branded weapons without licenses going forward

Electronic Arts is distancing itself from the gun industry. Well, sort of. The publisher plans to cut ties with gun manufacturers while still using branded weapons in its future titles.

In the past, EA has approached gun companies for licenses, providing a more authentic experience whilst avoiding any unnecessary legal trouble. However, the publisher has changed its tune following the release of Medal of Honor: Warfighter. Leading up to that title’s release, EA became embroiled in a rather strange controversy, catching flak from gamers for promoting real-life weapons sales on the game’s website.

“The action games we will release this year will not include licensed images of weapons,” says company spokesman Jeff Brown. But that doesn’t mean EA is going to stop using branded weapons. They just don’t plan on paying for those rights any longer.

“A book doesn’t pay for saying the word ‘Colt,'” argues EA’s President of Labels Frank Gibeau. The publisher is essentially claiming it has a constitutional right to use these trademarks without permission under the First Amendment. Others see it as free marketing, similar to other consumer products in film.

There hasn’t yet been a case where a gun manufacturer takes a videogame company to court over using its weapons without a license. That, however, is about to change. Bell Helicopter contends that EA’s use of its aircraft in the Battlefield series goes beyond fair use, thereby infringing upon trademark. A California jury will hear the case in June.