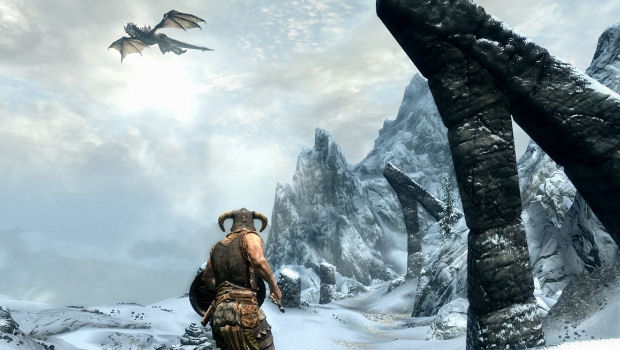 Fans of dragons will be delighted to hear that they won’t be able to get enough of the scaly bastards in The Elder Scrolls V: Skyrim. According to director Todd Howard, they pop up everywhere, and no amount of reptile murder will bring them to extinction.

“There is an unlimited number of dragons,” said Howard. “One of our designers actually put in a random event I encountered, where I ended up being chased by three dragons and I thought, ‘who the hell did this?’ I felt like Frodo in Lord of the Rings: The Two Towers and was really frightened. So I asked him to remove it. But no, dragons are generated automatically (in addition to that there are a number of specific encounters, of course).”

Bethesda is also considering the possibility of letting players ride dragons, although such a feature currently does not exist: “Have we considered it? Yes. Do we allow it right now? No. But we can decide to support it at some point.”

[Via The Bethesda Forums and VG247]