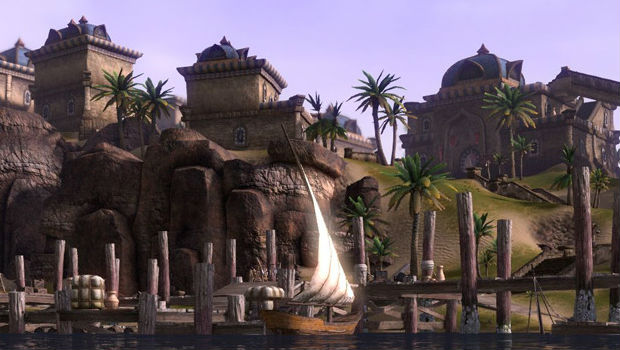 Fans were pretty upset after learning that the first person mode in The Elder Scrolls Online, a feature long time players have been rooting for, would be extremely limited. After all, it’s kind of expected with this franchise.

I was able to test out the fairly underwhelming first person mode at a preview event last week, which as previously reported, didn’t feature arms, weapons, or full functionality. After asking a few developers about this detriment to the game, noting that including this feature would sell the game to a much larger audience, they responded with a smile, “we have something to show you later.”

What they showed me was in-game footage of a fully playable first person mode that looked just like a classic Elder Scrolls game. It was fast, fluid, and extremely impressive, to the point where it looked like they were playing Oblivion or Skyrim at times. Yep, I’m playing the entire game this way.

Zenimax claims that this build is currently playable and in testing, and “will ship complete with the game at launch.” A launch that they also confirmed will be available on Mac OSX day one.

Stay tuned for my full hands-on preview of the game coming later today.