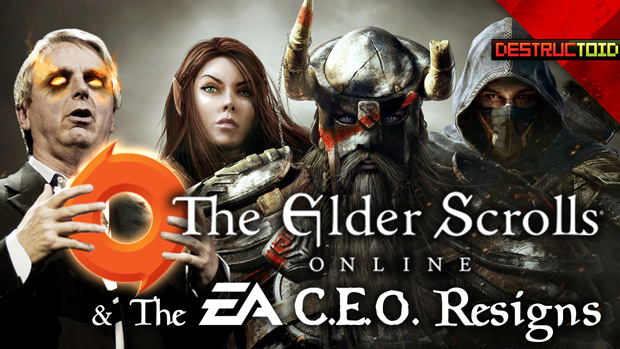 The Destructoid Show makes fun of a giant corporation

Big news, in terms of business stuff — EA’s John Riccitiello has resigned from his role as CEO. EA is offering a generous choice of one of eight free games for customers angry about SimCity‘s rocky launch. The Elder Scrolls Online is a thing that we played! A first person thing, no less! Supergiant Games has revealed their next game, Transistor. Meanwhile, Fez is coming to steam, Hotline Miami is coming to Mac, and Battleblock Theatre is actually coming out.