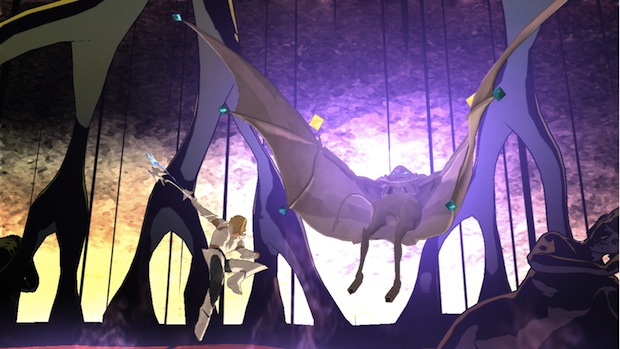 UTV Ignition announced today that El Shaddai: Ascension of the Metatron will be released in North America on July 26th for PS3 and Xbox 360. Europe gets it a bit later: September 9th. This title was just released in Japan late last month.

To celebrate this dating, we have a new trailer and a few new screenshots to share. The trailer is crazy pretty, and does a fine job of getting me excited for this game. In it you’ll see Uriel, one of four Archangels assigned to watch over Enoch as he gathers the souls of fallen angels. In a pinch, players will be able to summon Uriel and deliver powerful attacks.

El Shaddai is going to be playable on the show floor at E3 next week.

Filed under... #E3#El Shaddai: Ascension of the Metatron