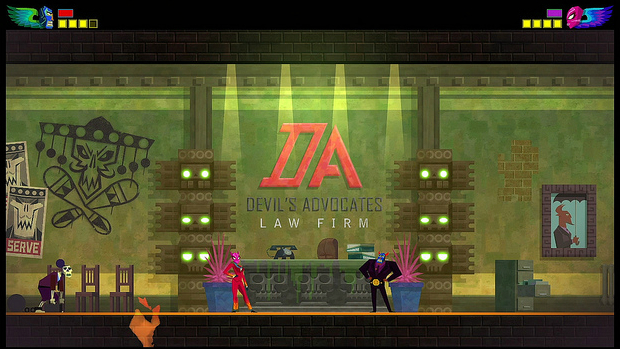 If you don’t already own it, now is a good time to get it

Guacamelee! came out early last year, and ended up being my second-favorite game of 2013, with its bright colors, unique setting, and satisfying brawler combat all wrapped up into a Metroidvania. I recommend it whenever it comes up, but if you have been holding out, now is a great time to get into it on Sony platforms. As reported on the PlayStation Blog, the Bundle Fantástico is out now, and it includes quite a bit of good stuff.

In addition to the game (which is a cross-buy for PlayStation 3 and Vita), the Bundle Fantástico adds El Diablo’s Domain trial DLC, the bonus costume pack DLC, the original soundtrack, and a dynamic theme for your Sony XMB. Basically, it has every additional piece of content available for five bucks more than the game alone. Not a bad deal! You can save some guacamoola.