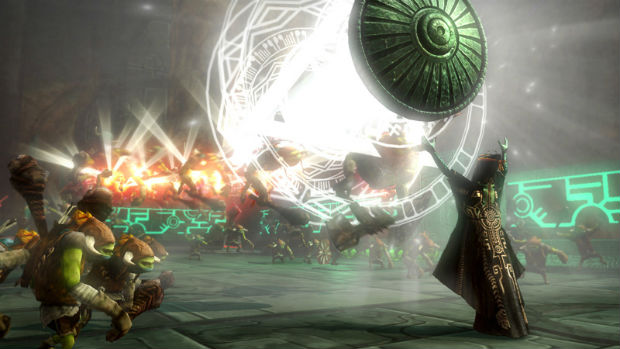 Hyrule Warriors is still one of my favorite games of 2014, and the DLC so far has been a large part of why I keep playing it. We’ve already seen the “Master Quest” DLC, but now Nintendo’s Eiji Aonuma has spilled the beans on what the upcoming “Twilight Princess” pack will entail.

The new character will be Twili Midna — the true princes form of the character that already exists to some extent in the core game. Anouma states that “it was a waste” to only see her in the ending, and now you’ll be able to see more of her. She’ll wield the Mirror of Twilight weapon, which is described by Anouma (and probably Chad Concelmo’s translation) as “amazing.”

In addition to Midna you’ll also get new weapons and costumes, as well as another adventure map. Link is said to have a costume based on a “certain familiar character.” Yep, this sounds like a pretty badass bit of DLC.