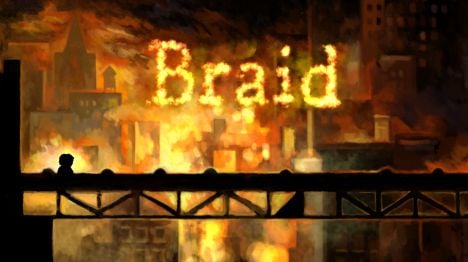 Braid is finally out on XBLA today, and, what with it being beautiful, intelligent, and 400 MS Points more expensive than gamers might be used to, I’m a little worried not as many people will be playing the game as it deserves. A proper Destructoid review is forthcoming, but with Bionic Commando Rearmed coming out next week, I feel like more immediate measures need to be taken at this point.

It is with this in mind that I have crafted the following Top Eight list. Our review will be far more indepth and include commentary from Jim Sterling and Chad Concelmo, but this should hopefully suffice for now.

If you’re on the fence about Braid, or if you’ve steadfastly decided against it because you refuse to pay more than 800 Microsoft Points for any Arcade title, then you should probably be aware of the following eight things, viewable after the jump, which might do something to change your mind.

8. If you’re American, you’re only paying an extra $5 for a game which is worth at least $30 more

The MS Point conversion is different if you live outside America, but even so: Braid is full of enough new ideas and clever game design to warrant a much, much larger price tag than it currently has.

It is, of course, worth complaining about that MS is basically extorting their audience of as much money as humanly possible while reducing the developer royalties to half what they used to be, but the simple fact remains: Braid is more than worth its current asking price. Period.

Hell, people were willing to throw five bucks at this, yet they refuse to put that money toward the most imaginative XBLA game ever just because they’re not used to doing so? It doesn’t make sense. 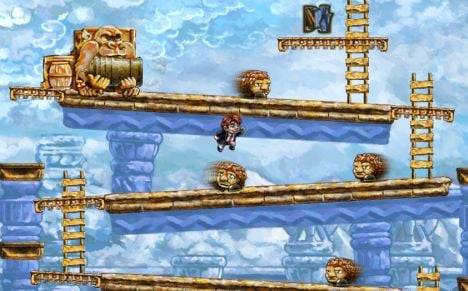 7. It does more with time manipulation than you’ve ever experienced in a mainstream game before.

I’ve often heard, from people who have not yet played the game, that Braid isn’t that interesting because it “rips off” the rewind mechanic from Blinx or Prince of Persia: Sands of Time.

In Blinx and Sands of Time, the rewind is limited and almost never interacts with the core gameplay in a meaningful way: you could take out the rewind from Sands of Time almost entirely and it’d still be the same game, because it only exists as a cute way of allowing the player to undo their mistakes (until your sand runs out, anyway). 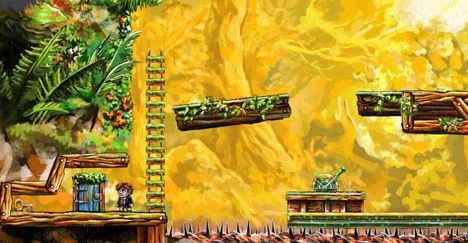 6. You’ll love it even if you find artgames pretentious

If you’re the type who thought Passage was boring and condescending, if the mere utterance of the phrase “artgame” induces nausea, then you might be understandably skeptical about Braid, what with its heavy symbolism and dense themes.

You needn’t worry, however. While there is indeed a wealth of metaphors and subtext and all those things which one might say “artgames” are known for, Braid never rubs your nose in any of it. Though the final level is a damn near perfect synthesis of metaphor and gameplay, the rest of the title’s metaphorical underpinnings are subtle enough (frequently delivered through a few paragraphs of text written in books you can literally sprint past without reading) that if you just want to play with the awesomely imaginative time mechanics without scratching your head over what the rewind mechanic symbolizes, you most definitely can. 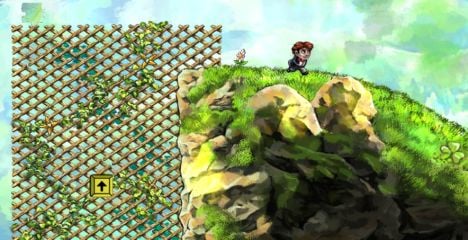 5. If you do love artgames, you’ll be in heaven

Though Braid is definitely much more esoteric than the aforementioned Passage, it’s filled to the brim with visual and mechanical symbolism. The first time I played through the final level, my jaw dropped, and I’m still wrapping my head around some of the philosophical concepts the game posits throughout its six worlds.

You’ll still be thinking about Braid long, long after you complete it, and every new playthrough will unveil a new idea or metaphor you’d completely missed the first time around.

Additionally, artgames like Passage or The Marriage typically only last minutes, due to the simplicity of their theme or gameplay. Braid is just as full of ideas as those other titles, but manages to sustain itself over an experience hundreds of times longer than what those shorter artgames offer. This has never been done before — we’ve never before had an artgame of this length or depth.

Braid is the single most artistically dense game ever relased on a major platform. 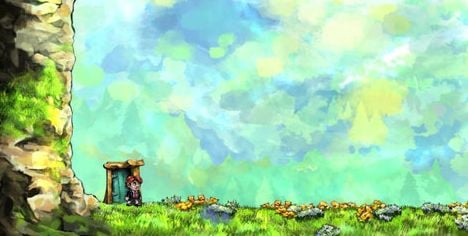 Not in terms of actual mechanics — Braid is about temporal manipulation, not spatial — but in terms of how it subtly and brilliantly acclimates the player to worlds of incredible mechanic complexity.

You know how, when we all first saw the trailers for Portal, a significant amount of the gaming community thought, “There’s no way I’m going to be able to understand how those physics work — just watching the trailer made my head hurt.” And yet, only an hour or so after picking the game up, and after some wonderfully mind-expanding puzzles, players were propelling themselves around the world with remarkably dexterity.

Braid is the same way. The parallel universe world seems so confounding at first, but after a little bit of work, the rules of the world will suddenly click and everything will make beautiful, beautiful sense. The worlds, which seem literally impossible to understand at first, will become familiar to you almost without your realizing it.

This isn’t to say the game is easy, however, since: 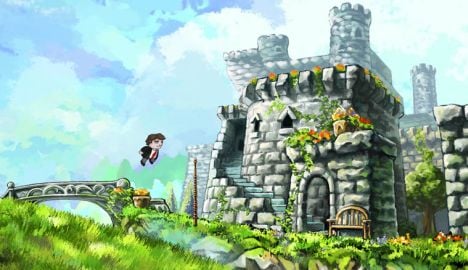 3. Every single level offers something new

From level to level and world to world, Braid is completely devoid of filler. Each puzzle uses the time manipulation in a way wholly different  than anything the player has borne witness to before.

By the time you’ve completely mastered how to use the sparkly-green rewind immunity to jump across a series of moving platforms, you’re suddenly asked to use that same mechanic in a door-opening puzzle. Then, in a goddamned boss fight. Jonathan Blow milks each of his time manipulation mechanics to the point where at the end of each world, you’ll have experienced at least ten different angles on a single idea, each drastically different than the others.

This lack of filler might lead some to complain that the game is “too short,” but if you’re playing the game the way it’s meant to be played — which is to say, without a walkthrough — you’ll be spending at least much time with it as you did Portal, and for less cash.

And besides, wouldn’t you take four to six hours of consistently imaginative, mind-expanding gameplay over fifteen to twenty of repetitive filler? 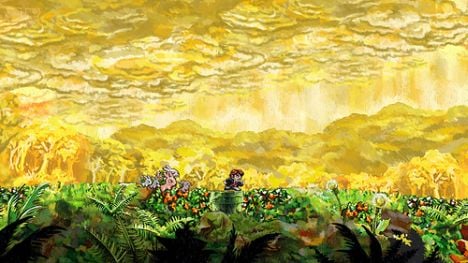 2. It’s goddamn beautiful on an HDTV. Or period.

David Hellman’s art, when combined with the music, is simply breathtaking. You can’t really understand how great it looks without seeing it in motion, but Jesus. I’ve been replaying my preview build on my PC for the last three months, drinking in all the subtleties of the artwork, and yet I’m still impressed by how good it looks on a high-def television. 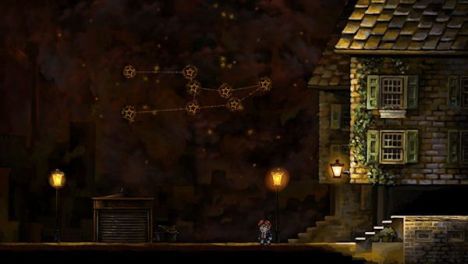 I realize that sounds like overstatement, but I mean it wholeheartedly. Never, in the goddamned history of videogaming, has there been another game like Braid. No game has sought to combine six different worlds of such immersive, brilliantly realized time manipulation with an incredibly artistic, epic-yet-personal tale of a man struggling to find his princess.

It combines emotion and ideas with mind-bending gameplay. It messes with time in ways simultaneously alien and totally plausible. It’s the longest, deepest artgame ever made.

I can only speak for myself, but I honestly believe it is the single best game on Xbox Live Arcade, and also one of the best games I’ve ever played.

“Must buy” doesn’t even begin to cover it.