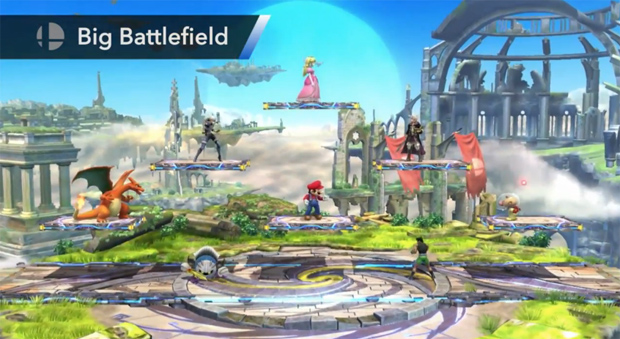 Way to make the 3DS version look like crap

Are you watching this? Nintendo is streaming a 50-fact extravaganza for Super Smash Bros. on Wii U and they’re really good facts, you guys. Offline eight-player battles are in!

These will be playable on select stages — Palutena’s Temple, Big Battlefield, to name two — that are large enough to accommodate extra fighters. Five- and six-player Smash battles are in, too.

The stage based on Kirby Super Star‘s Great Cave Offensive looks so neat. Event Mode is back, just as Steven and I had hoped. I’ll never look at the 3DS version of Smash quite the same.